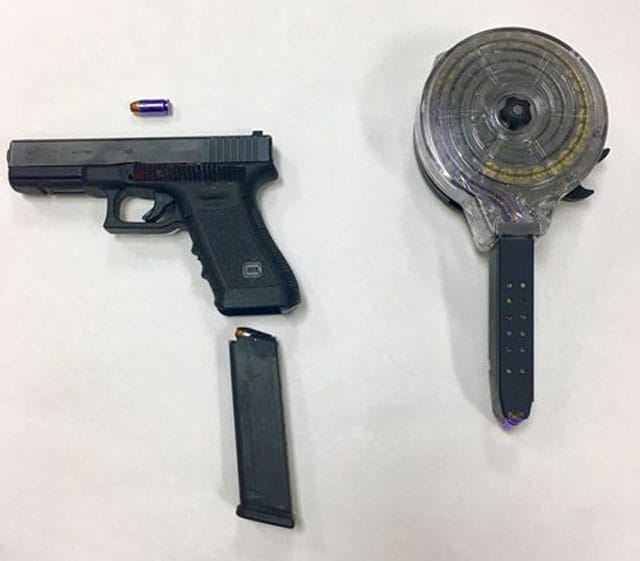 The search of a suspected drug dealer’s home in Richmond, California, last week turned up a little more than illegal stimulants.

The Aug. 3 execution of a search warrant, which took place around 6 a.m., resulted in the discovery of large quantities of unpackaged cocaine, as well as more individual packages of cocaine ready, which appeared to be ready for sale.

But narcotics detectives and SWAT members also uncovered a .40-caliber Glock with an extended magazine, as well as a 50-round drum.

The resident was arrested without incident.

“The department is proud of the detectives’ continued efforts to improve community safety and quality of life by getting illegal narcotics and guns off the streets of our city,” the Richmond Police Department wrote in a Facebook post.