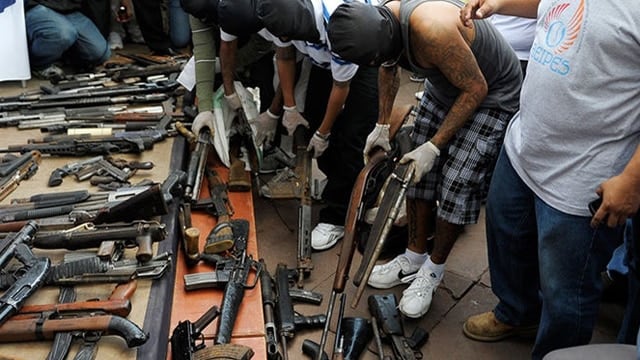 Half of the more than 5,700 guns recovered in Central America last year came from foreign countries, according to a federal report published this week.

Agents traced the majority of these recovered guns to foreign countries — or no source at all.

Belize bucked the trend, with 60 percent of the mere 53 guns recovered there in 2016 tracing back to the United States, according to the report.

The agency said it is unable to determine whether the firearms were imported directly into Central America or smuggled into the reporting countries.

Analysis of the guns traced back to the United States shows less than a third came from retailers, according to the report. In El Salvador, for example, 50 percent of the 1,329 guns traced to American manufacturers were linked to foreign countries and another 40 percent weren’t traceable at all. About 30 percent of guns recovered in Honduras traced back to American retailers — the highest percentage for any of the five reporting countries.

Overall, Central American traces dropped 31 percent over 2015, according to the report.