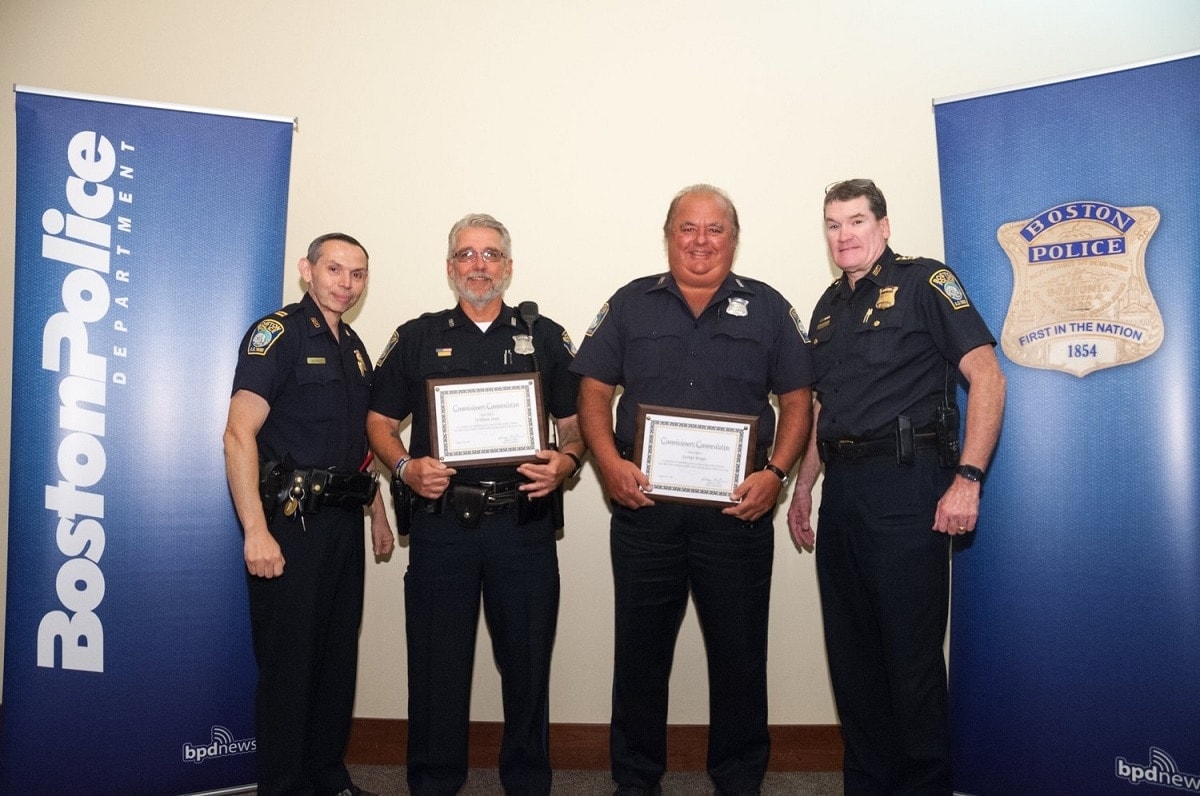 According to a Boston Police Department news release, officers George Kayes and William Jones were each awarded a Commissioner’s Commendation for their efforts at a ceremony at Boston Police Headquarters last week.

Both officers were present at a community gathering at a housing development in Boston’s Jamaica Plain neighborhood when they got a call about a nearby disturbance. They then approached a visibly agitated man, holding two guns and suffering from a bloody nose.

The officers asked the man to talk them in an effort to calm him down. He told them he had been recently assaulted by two individuals in front of his 2-year-old son and was out to seek revenge.

While trying to sympathize with the man, the officers calmly asked him to put down his weapons, saying that nobody needed to get hurt. The 30-year-old man eventually agreed and gave up his guns, which the officers noted were both fully loaded, and was later charged with firearms-related offenses.

“I can’t say enough about the tremendous levels of courage, composure, and restraint shown by my officers in this incident,” said Boston Police Commissioner William B. Evans. “When confronted by an armed gunman, they kept their cool and found a way to de-escalate and diffuse an incident that clearly had the potential for deadly consequences.  All I can say is thank God nobody was hurt and, just as importantly, thank God we have some of the brightest and best trained police officers in the country.”