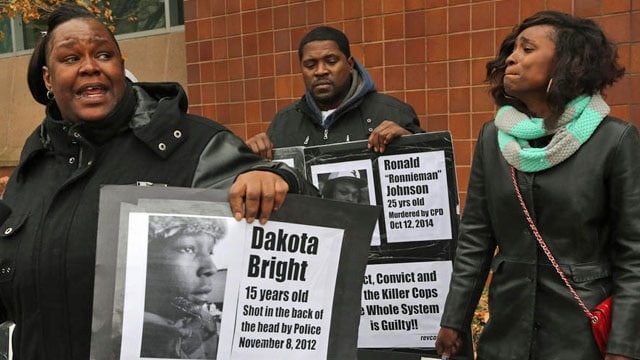 In a rare move, a police watchdog group in Chicago announced Thursday that the 2012 shooting of a 15-year-old boy was unjustified.

The Independent Police Review Authority announced the ruling more than a year after the city finalized a $1 million settlement with the family of Dakota Bright, the teenager shot and killed on Nov. 8, 2012 in the city’s Park Manor neighborhood, according to the Chicago Tribune.

Bright was surfing the web with a friend just before the shooting, according to family members. When he headed back to his grandma’s house, that’s when he encountered police. The officer who shot Bright told detectives he and his partner were responding to a burglary call and saw Bright walk into an alley. The officer said he saw a black revolver in the teen’s hand. The officers pursued Bright, who led them on a foot chase.

After yelling “stop, police, drop the gun,” Bright continued to run. The officer said Bright looked back  and reached into his waistband, prompting the officer to open fire from 50 feet away, striking the boy in the back of the head.

“Given that (Bright) in fact, had no firearm in his pants, it is unlikely that he would have made a gesture indicating that he did, particularly in light of the fact that he was approximately 50 feet away from the officer and was likely gaining ground on him,” the IPRA’s ruling says.

At IPRA’s monthly meeting Thursday night, Bright’s mother, Panzy Edwards, acknowledged that officers are human. “I know they got to be defended,” she said, “but what about our kids that’s being taken? They deserve some defense too.”

“So as you all look at my son’s case … look at it like right is right and wrong is wrong,” she said. “My son was 15 years old, shot one time in the back of his head. He didn’t deserve to die and he (deserves) justice. We all deserve justice. But it’s tearing me up. I’ve been sick since this happened because the way this world is, people don’t get justice.”

Ultimately, IPRA called the shooting “unprovoked” and “unwarranted.” Those allegations against the officer now head to Chicago Police Superintendent Eddie Johnson. If he agrees with the board, he can penalize the officer and send the case to the 9-person Chicago Police Board, which would decide whether the officer be fired, or otherwise punished.