Cops find 3 California kids with a firearm at 4 a.m. 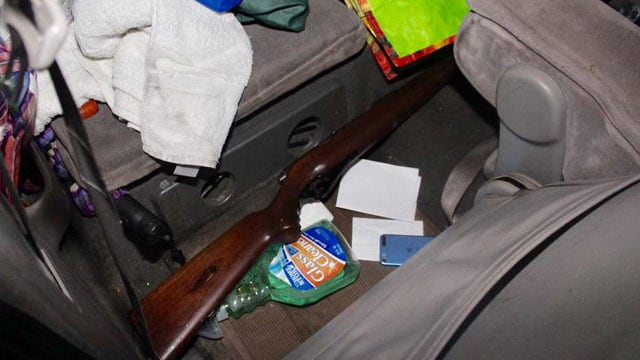 The Richmond Police Department in California praised one of their officers for his “awareness and investigative skills” that led to the discovery last week of three teens in a stolen truck with a loaded rifle.

The officer was out on a patrol around 4 a.m. when he noticed a parked truck with its lights on and occupied by what appeared to be three juveniles, who were “up to no good.” The officer made contact with the trio, who ranged in age from 13 to 15 years old and could not explain why they had the truck or what they were doing at the time.

The officer continued to talk with the teens and soon learned the truck belonged to the 15 year old’s grandfather and had been taken without permission. The officer also discovered the 13 year old, who had an arrest warrant for removing an ankle monitor, was in possession of a loaded rifle.

All three teens were taken into police custody. The 13 year old was arrested for a firearms violation, in addition to his previous warrant. The 15 year old and the third teen were released separately into their parent’s custody and the truck was returned.