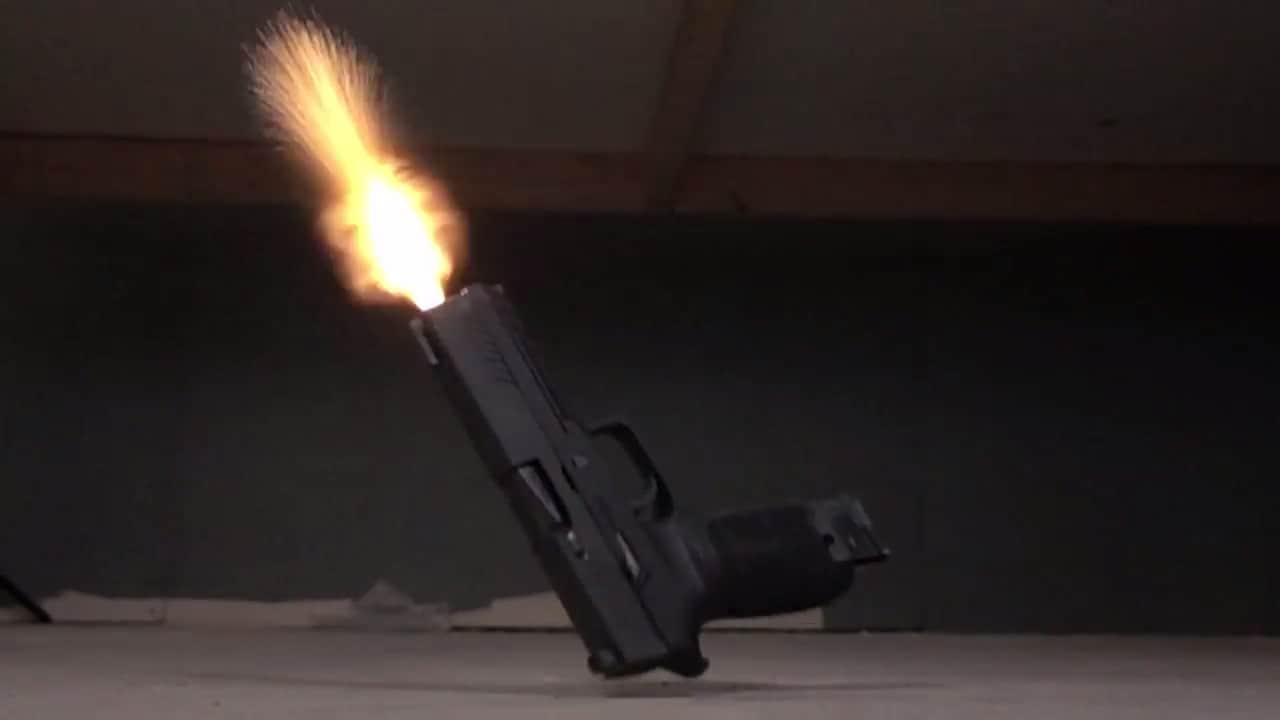 A video showing the Sig Sauer P320 — the pistol design selected as the standard sidearm for the U.S. Army — discharging as it hit the ground divided the gun industry last week as many either hurled accusations at or tirelessly defended the gun maker. For its part, Sig reaffirmed its adherence to all industry safety standards in addition to offering a “voluntary upgrade” for the civilian P320.

With all the talk surrounding safety standards and whether or not the P320 fell through the cracks, it begs the question: what are the industry’s standards? To answer, we turn to the Sporting Arms Ammunition Manufacturers’ Institute.

Founded in 1926 at the request of the federal government, SAAMI creates and promotes technical, performance and safety standards for firearms, ammo and their components. The organization is accredited as a standards developer by the American National Standards Institute, the U.S. representative for the International Standardization Organization. SAAMI and ANSI together establish standards the gun industry uses as a baseline tool.

While manufacturers must volunteer to join SAAMI, which Sig has, membership requires following the organization’s regulations. The gun maker notably stated that the P320 design met SAAMI standards for drop testing, which requires the handgun — loaded with a primed case and magazine full of dummy rounds — fall 4 feet onto a 1-inch thick rubber mat backed by concrete at six specific, 90-degree angles to determine if the gun will discharge.While the design meets those standards, the video shows that the gun will discharge if it impacts the ground on the rear of the slide and frame when dropped at a 30-degree angle.

Andrew Tuohy, who introduced the Omaha Outdoors video, said his results proved why adherence to checklist style tests may not serve the industry’s best interests. “I do believe the P320 will pass the full SAAMI/ANSI test, but this simply indicates the inadequacy of that test,” he told Guns.com in an email.

“As for the various drop test standards, the pistol simply isn’t susceptible to drop fires when dropped at those perfect (0/90 degree) angles because they either don’t induce trigger movement or the slide comes out of battery too far to fire immediately upon impact,” Tuohy said. “This is the problem with mindlessly following a standard protocol without understanding why the protocol exists.”

It’s unclear if the industry has plans to expand the drop safety test to include more requirements. The trade association for the gun industry, the National Shooting Sports Foundation, which both Sig and Guns.com are members, declined to comment, saying SAAMI would be a better source.

SAAMI executive director Richard Patterson explained that SAAMI must follow strict protocols enforced by ANSI and ISO to develop standards. “Part of that process includes a mandatory regular reaffirmation of each standard. This requirement ensures the existing ANSI/SAAMI standards continue to evolve to meet the needs of the marketplace,” he said, adding, “ANSI/SAAMI does not create unique tests for each individual product design in the marketplace.”

Whether or not the dilemma the Sig P320 drop safety issue reveals will influence change is also unclear, but Tuohy has his own take on what the gun industry could do to improve safety standards.

Tuohy went on to explain that he feels modern testing should also require the use of common duty holsters as well as unsecured pistols and that tests should ignore the presence of manual safeties.

“Essentially, they should come at this from a ‘worst case scenario’ mindset rather than the current mindset which seems to have set extremely minimal standards. Furthermore, the organizations should reconvene every X number of years (to be determined by them) to evaluate new pistol designs and whether or not their standards need to be updated,” he said.

Regardless of whether the industry changes the way in which it tests products, Sig has determined that the P320 needs an upgrade. Stopping short of calling it a recall, the company issued a press release Tuesday stating that commercial P320 pistols will be eligible for an “enhancement” to solve the drop issue.

Sig publicly stated that the quick fix, issued just a few days after being alerted by Omaha Outdoors to the drop problem, was the result of input from law enforcement, government and military customers that pushed “a number of enhancements in function, reliability and overall safety including drop performance.” Those enhancements are what the company is now offering as the voluntary upgrade to its customers.

While Sig attempts to correct the current batch of P320s, Tuohy said he’s not completely convinced the gun maker didn’t already know the drop issue existed. “I don’t think it slipped past Sig. If I could figure it out in about half an hour with a $600 consumer grade high speed camera, there is no way their advanced testing laboratory missed this over however many years of R&D and over three years of production,” he said. “The fact that they had a fix for the M17 pistol which was, literally overnight, announced as a fix for the P320 is further proof that this was a known issue to them.”

For its part, Sig maintains that the safety of its products and its customers is top priority. “Sig Sauer is committed to our approach on innovation, optimization, and performance, ensuring we produce the finest possible products,” said Ron Cohen, Sig president and CEO, in statement. “Durability, reliability and safety, as well as end-user confidence in the Sig Sauer brand are the priorities for our team.”

The gun maker is set to announce specific details on the P320 voluntary upgrade program Monday.