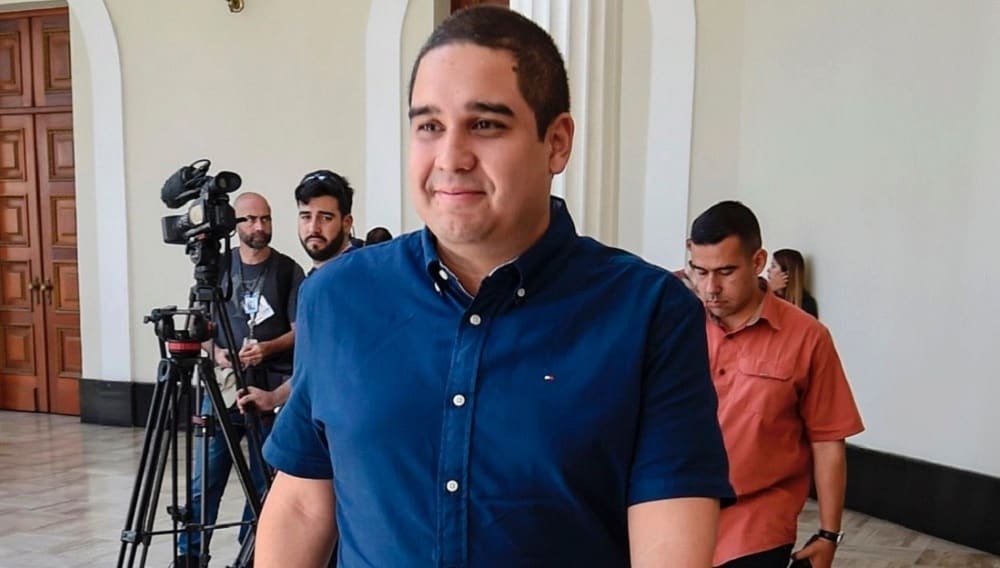 Nicolás Maduro Guerra, the son of Venezuelan President Nicolás Maduro, had some choice words for President Donald Trump Saturday after Trump said he would not rule out a military intervention when dealing with the troubled country.

“If the U.S. soils the homeland, the rifles would come to New York and take the White House,” Maduro Guerra said, seeming to think the White House was located in New York, according to Venezuelan news reports.

Maduro Guerra’s comments came after Trump said on Friday that he would not rule out military options against Venezuela and its embattled leader, who has been accused of human rights abuses in his violent crackdown on anti-government protests, Politico reported.

After a meeting with Secretary of State Rex Tillerson and U.N. ambassador Nikki Haley, Trump spoke to reporters from his golf club in Bedminster, New Jersey, and promised that he had “many options” for Venezuela, “including a possible military operation, if necessary.”

The White House also condemned the Venezuelan president in an official statement Friday, saying Maduro had “chosen the path of dictatorship” instead of a free democracy.

“Since the start of this Administration, President Trump has asked that Maduro respect Venezuela’s constitution, hold free and fair elections, release political prisoners, cease all human rights violations, and stop oppressing Venezuela’s great people,” the statement said. “The Maduro regime has refused to heed this call, which has been echoed around the region and the world.”