Wal-Mart says ‘back to school’ gun display was a prank 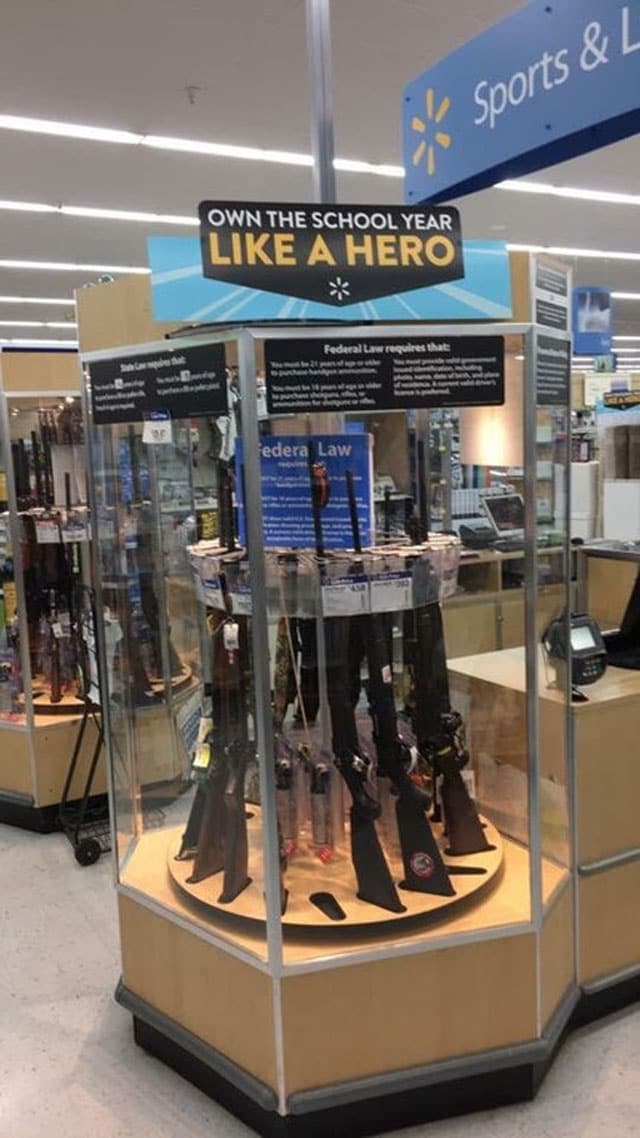 Wal-Mart confirmed Saturday the back-to-school gun display that sparked outrage across the country last week was a prank.

Wal-Mart spokesman Charles Crowson told USA TODAY the company is positive that the sign “Own the school year like a hero” shown above a display case of firearms was an unfortunate stunt, but he did not go into further detail.

The company started an investigation into the matter Wednesday when a photo of the display surfaced on social media and people lashed out at the company. While conducting the investigation, spokespeople issued several apologies, calling the “terrible,” “definitely NOT okay” and a “regrettable situation.”

Crowson said the investigation concluded Friday evening and that several people had worked to get to the bottom of the incident. However, he did not clarify whether someone had doctored a photo or tampered with an actual display in one of the company’s many stores.

“I really don’t think any retailer is immune from things like this popping up through social media,” he said. “When we’re faced with it, we do take the claim seriously.”