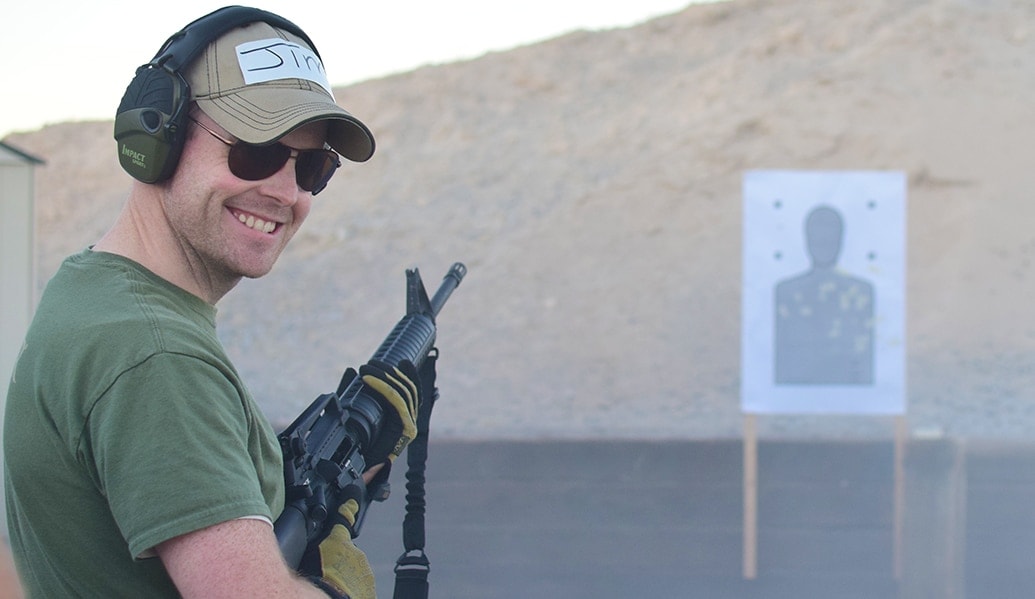 Take the material seriously, but enjoy yourself. (Photo by Kay T)

I recently returned from a four-day rifle training course out at Front Sight in Nevada. After observing some issues students ran into while at the course (and some of my own), I decided to list the top 10 items needed for anyone seeking firearms training.

I’ve seen the toughest guys in the world transform into petulant children when they don’t keep their blood sugar high enough. Grab something healthy and filling. That gas-station pickled egg is a bad idea and you know it. Buy some protein bars (not the massive ones, you’re no powerlifter) and eat one slowly. This will help regulate your blood sugar and keep you full and focused.

Remember the SATs? Your teachers told you to eat a big breakfast and get at least 8 hours of sleep the night before. Your job leading up to the shooting course is to make sure you don’t have anything to worry about except the material itself. Most of us treat our bodies like rented mules 90 percent of the time. Make this part of the 10 percent and cut your body some slack: give it 8 hours of solid sleep. Since the information in a defensive course may save your life, make sure you’re 100 percent there.

The human body is comprised of over 60 percent water and when pushed hard that water is lost through our skin. If you’re training somewhere cold you won’t even notice until your lips crack and you have a bad headache. Stay hydrated with water or sports drinks, but steer clear of caffeine. The increased heart rate will affect accuracy and coffee will make you run to the head in the middle of a lecture. You paid good money for the course, keep your head in the game.

If you’ve ever gotten a hot shell-casing down your shirt before, this one goes without saying. Additionally, a hat keeps the cancerous rays of that giant flaming ball in the sky out of your face as well. A huge advantage for shooters who enjoy hitting targets. 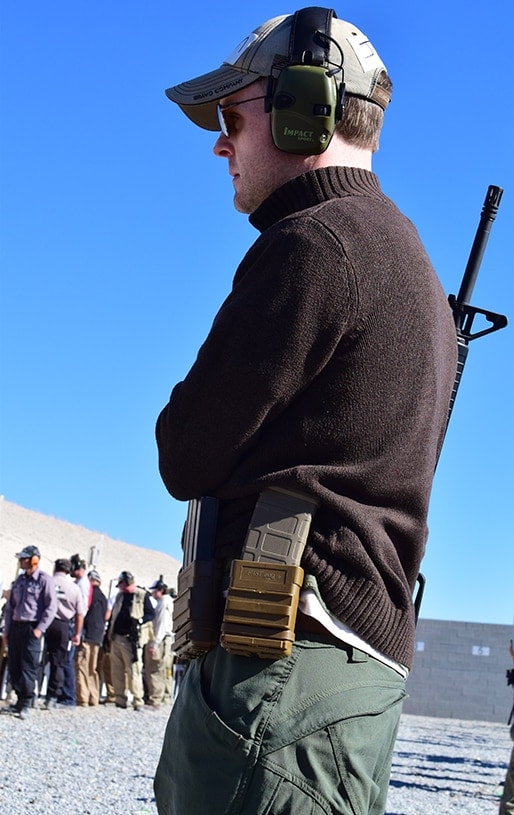 In most training environments students don’t wander around, gun in hand. So you need something to hold your weapon and its magazines. (Clips if you’re running an SKS or Garand) Thrifty students can make due by using the mag carriers built into most pants called pockets, but these won’t offer the same level of security and accessibility a purpose built carrier will.

On a similar note you’ll need a holster for any handguns you’ll be using and a sling for any long weapons. Most schools make these mandatory so instructors can see that students have their weapons with them but aren’t handling them. Depending on the course, a two-point traditional sling may be more useful than a tactical single-point one. If, however, the course involves transitioning from shotgun or rifle to handgun you’ll need a single-point sling.

When trying to master a new skill the more distracted you are from the task the more likely you are to forget everything, except how distracted you were. No matter how ‘tactical’ or ‘operator’ you want to seem in that new course, don’t wear those new combat boots. If you do your feet will hate you. Find those ratty boots you’ve mowed the lawn in a half-dozen times that have a permanent indentation of your feet in the soles. You might look like a tactical hobo, but you’ll be able to concentrate better on the course. 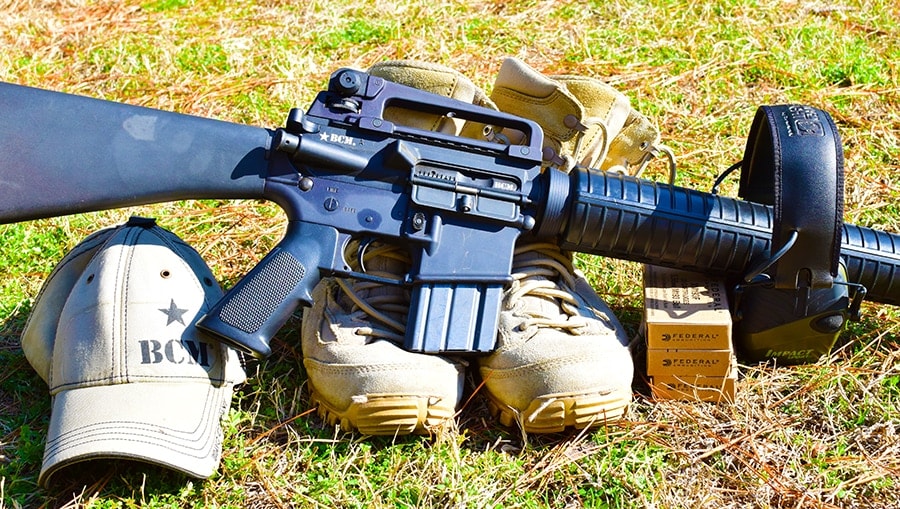 Essentials seven, five four and three all in one photo. (Photo by Jim Grant)

4. A familiar gun that runs

If your gun doesn’t function, you can’t learn. If you don’t know how to use the weapon you bring, you’ll be playing catch up the entire time. Most instructors understand you’re there to learn and won’t expect you to be a former SEAL, but students should know how to safely use his or her weapon and clear common malfunctions.

If you can’t hear the instructors you sure as hell can’t follow range commands. I know plenty of people out there will say they can hear fine with plugs and at a range with a handful of shooters that may be true. However, at larger shooting facilities there can be dozens of additional shooters blasting away in the background. Do you really want to be the guy who has to explain the reason he almost walked in front of the line was because he thought the range officer said, “The range is cold,” not ”It sure is cold”? 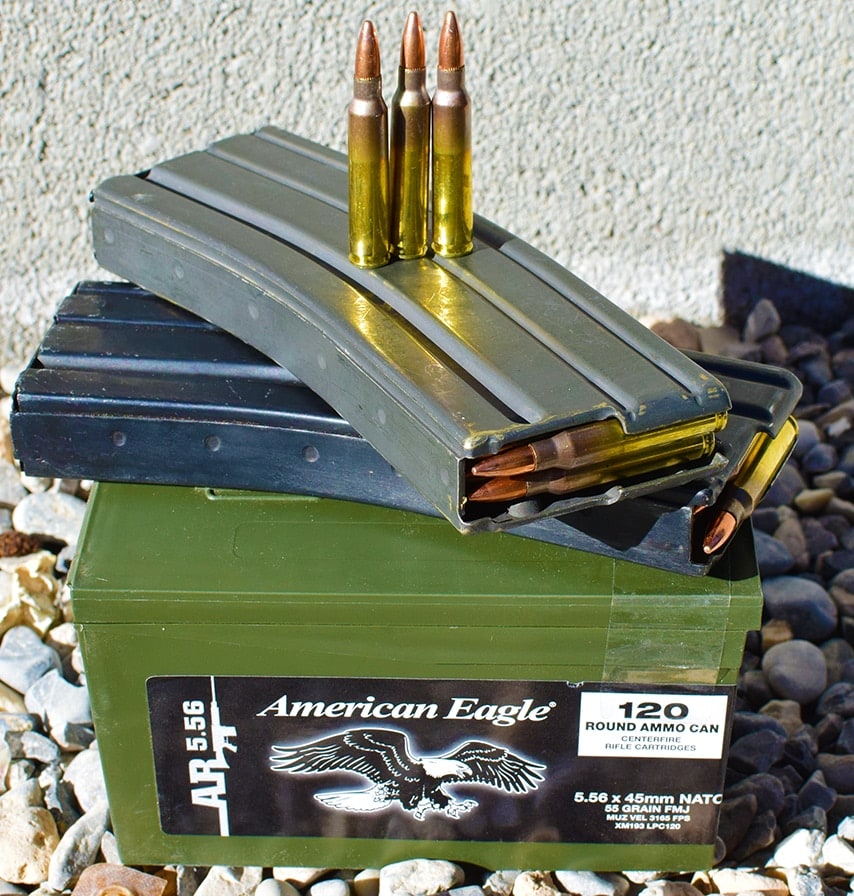 If a course recommends 500 rounds, bring 700. Unless you’re willing to procure on site, which to civvies means being at the mercy of local scalpers, bring extra. Bring reliable ammo, that you’ve tested extensively with the rifle you’re running the course with. Guys running revolvers can use any type of ammo except someone else’s handloads.

On a side note, if the school uses steel plates, leave your green tips at home. Most schools take the damage out of the instructor’s pay. They may run a gun like a rockstar, but they aren’t paid like one. Be considerate.

Sure this sounds cliche, but I’ve run into good shooters who could be great if it weren’t for their own stubbornness. Shooting classes can be like a gym sometimes: some people are just there to show off. Good for them. They paid money, same as you. If you want to actually learn anything in the course you’re going to have to let some old habits go. Maybe you’re a dyed in the wool Weaver stance guy and the new school only teaches Modified Isosceles. Don’t be discouraged, the worse thing that could happen is you decide it’s not for you and go back to your old style. If you’ve never gotten professional instruction on Isosceles you may learn something to change your mind.

Many of these seem like common sense but you’d be amazed at how many students were running on 3 hours sleep or had only just fired their first gun that day. While both categories of students did well, they could have maximized their training by taking a few preparatory steps.