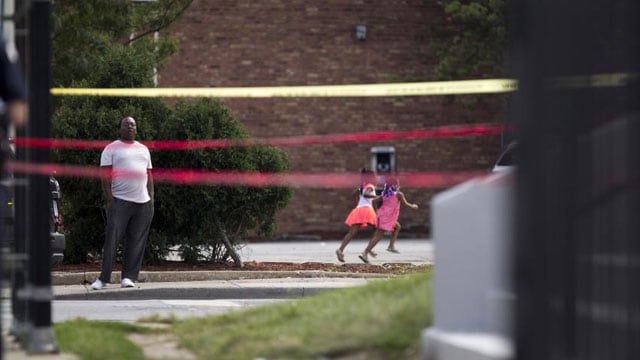 Two men were shot and killed as they prepared to enter a Sunday morning worship service at a church in the South Austin area of Chicago.

The victims were identified as Emmanuel Fleming, 34, and Michael Swift, 46. Authorities believe Fleming was the intended target and Swift, who was a visitor to the church that morning, an innocent bystander.

According to the Chicago Tribune, Fleming recently started attending the church as part of an effort to “turn over a new leaf.” Fleming was an usher for the church and his three young children, all of whom were present at the time their father was killed, were baptized there.

“There should be a sanctuary from violence, and I believe that the church should be one of those sanctuaries,” said Rev. Reginald Bachus, who pastors at Friendship Baptist Church, where the shooting occurred.

“It’s time for us to make a change in our city,” Bachus added.

Chicago Police Cmdr. Dwayne Betts echoed a similar sentiment, saying, “When this cycle of violence reaches the doorsteps of a church, we are really in trouble.”

Police say the two men were gathered in front of the church just after 11 a.m. as church members and guests made their way inside where about 100 people were already singing hymns.

“They were on their way up the steps to the church, and two gentlemen ran up from Jackson (Boulevard) and basically unloaded on them,” said Bachus, who witnessed part of the mayhem.

Fleming’s three children were outside with him when the suspects appeared, but according to Bachus, as soon as Fleming saw the suspects, he yelled at his children to get inside the church and take cover. Bachus rushed the children inside and, seconds later, a volley of gunshots outside could be heard from inside the church.

Fleming and Swift were rushed to the hospital, but despite efforts to save them, both men succumbed to their injuries.

Bachus said the idea that something like this could happen on the steps of his church is hard for him to grasp.

No suspects are in custody at this time, but they were said to have fled the scene in a silver SUV and reports indicate they may have been captured on camera.