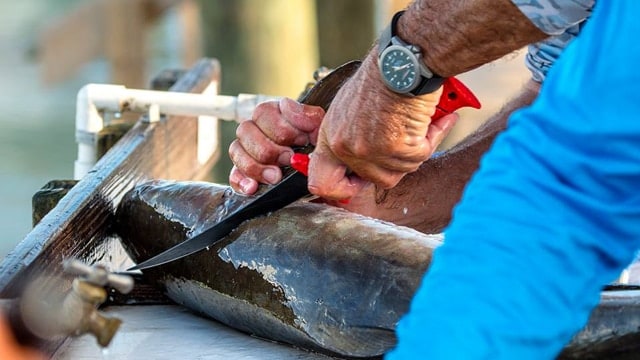 American Outdoor Brands completed its acquisition of Fish Tales assets, including the Bubba Blade, for $12 million, the company announced Monday.

“The Bubba Blade brand is widely recognized among outdoor enthusiasts for some of the finest knives and tools for fishing, hunting, and kitchen use,” he said. “The company’s proprietary design has gained popularity due to an enhanced handle grip, which is highly effective in adverse environments.”

“We look forward to further innovating and expanding this popular product line into adjacent markets that we believe will benefit from the Bubba Blade design,” he added.

AOBC ended its fiscal year with $903.2 million in sales, according to its annual earnings report filed last week. Gun sales accounted for 85.6 percent of the total, while accessories and outdoor goods contributed $130.2 million.

The company launched the expansion project to include outdoor brands as well as shooting sports and firearms in 2014, when it bought a host of brands under the umbrella of Battenfeld Technologies.