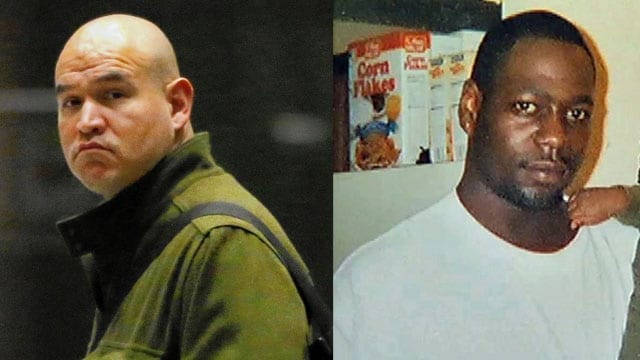 Chicago’s top cop is acting on a recommendation from a police watchdog group, and is moving to fire an officer who’s been accused of lying about the circumstances surrounding a fatal shooting during a traffic stop in 2011.

Officer Raoul Mosqueda was suspended without pay over the weekend, and now a nine-member board will determine whether he gets to keep his job, according to the Chicago Tribune.

In February, the city’s Independent Police Review Authority issued a 34-page report noting discrepancies in Mosqueda’s account of what happened when he and his partner opened fire on 27-year-old Darius Pinex, killing him during a traffic stop on the South Side. The report accuses Mosqueda of lying three different times.

Mosqueda and his partner, Gilgardo Sierra, pulled over and boxed in Pinex, and reportedly exited their squad with guns drawn. The officers said Pinex refused orders and put his car in reverse. The two officers opened fire, and one of Mosqueda’s bullets struck Penix in the head. A gun was found in Pinex’s car, under the driver’s seat, according to records.

IPRA said Mosqueda lied to IPRA investigators immediately after the shooting on Jan. 7, 2011, then again during a 2013 deposition during a lawsuit filed by Pinex’s family, and then again on the stand at trial in 2015.

IPRA recommended to Johnson that Mosqueda be fired, and now he’s acting on that recommendation, sending the case to the Chicago Police Board, the panel appointed by the mayor. It’s up to them to decide the officer’s fate.

In December, the city approved a multi-million dollar settlement to Pinex’s estate.