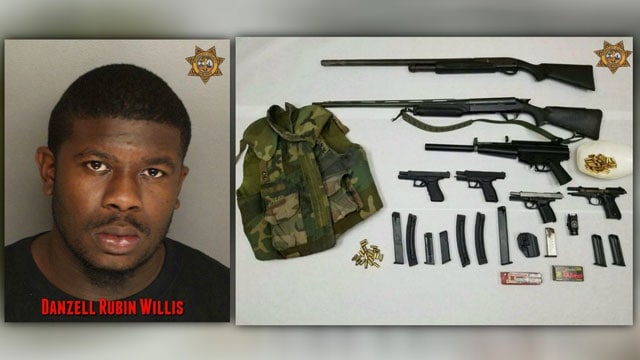 A 25-year-old South Carolina man is facing numerous charges after a tip about a stolen golf cart led authorities to the man’s Berkeley County home last week where they found numerous stolen guns and illegal drugs.

Deputies went to Willis’ home after an elderly neighbor reported seeing the stolen golf cart at his home as she returned home from a recent hospital stay.

Outside of Willis’ home, authorities found numerous parts to the stolen golf cart, but inside the home they found a bit more. In fact, they found cocaine and marijuana, along with two shotguns, four handguns, a rifle, several magazines, ammunition, and a bulletproof vest. Three of the guns were previously reported stolen.

At the time of the incident, Willis was out on bond for a previous, unrelated arrest on drug charges.