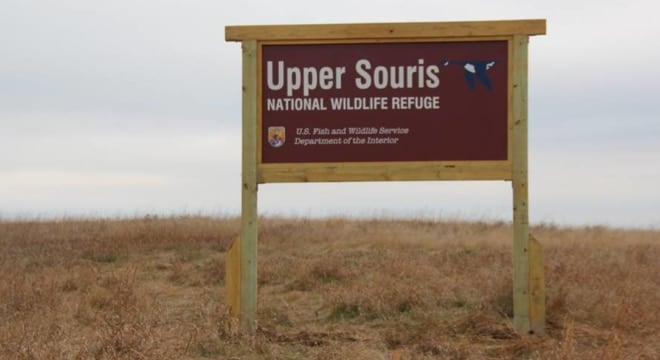 Among the changes would be to open two refuges in North Dakota, the 19,500-acre Des Lacs NWR, and 32,000-acre Souris River Basin NWR, to moose hunters for the first time as well as increasing hunting opportunities at refuges in Georgia, Indiana, Minnesota, Oklahoma, Oregon, South Carolina and Wisconsin. Secretary of the Interior Ryan Zinke made the announcement Friday, remarking he was lucky to grow up hunting and fishing and pass the sport to his children.

“As the steward of our public lands, one of my top priorities is to open up access wherever possible for hunting and fishing so that more families have the opportunity to pass down the heritage,” Zinke said. “The last thing I want to see is hunting and fishing become elite sports. These ten refuges will provide incredible opportunities for sportsmen and anglers across the country to access the land and connect with the wildlife.”

In Oklahoma’s Sequoyah NWR, upland game and big game hunting would be expanded. The Baskett Slough NWR in Oregon would expand their current migratory game bird hunting program while Siletz Bay would open to sport fishing for the first time.

According to USFWS surveys and data, some 90 million Americans, or 41 percent of the United States’ population age 16 and older, pursued wildlife-related recreation to the tune of some $144 billion in 2011, and the numbers are rising.

Founded in 1903 by President Theodore Roosevelt, there are some 560 refuges in the National Wildlife Refuge System – a network of lands set aside and managed by USFWS specifically for wildlife. Hunting, within guidelines, is currently permitted on 363 of those areas.

USFWS will accept public comments through Sept. 8 on the proposal.