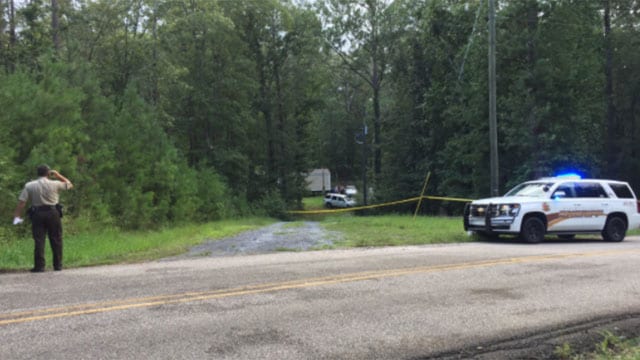 Shelby County law enforcement respond to reports of a shooting over the weekend. (Photo: ABC)

Alabama authorities are investigating a domestic dispute that ended with a man fatally shooting his roommate at their home in Sterrett Saturday afternoon.

The Shelby County Sheriff’s Office identified the deceased man as 30-year-old Samuel Julius Nave, and the man who shot him claims he did so in self-defense after Nave threatened him.

Deputies were dispatched to the home after receiving a call about a shooting around 3:20 p.m. and when they arrived on the scene, Nave was found lying on the ground outside of the house.

Nave, who had been shot, was unresponsive. Medical personnel arrived and attempted to revive Nave, but their efforts failed and he was pronounced dead at the scene.

Authorities spoke with an adult male and an adult female who lived at the home with Nave, neither of whom were publicly identified. An investigation revealed that Nave and the woman had what was described as an “ongoing domestic dispute.” The sheriff’s office did not elaborate on the dispute or indicate what type of relationship – if any – Nave and the woman had.

However, according to a statement from the sheriff’s office, at some point during the weekend dispute, Nave threatened the male occupant with a weapon, which led to the fatal shooting. Authorities did not disclose what kind of weapon Nave had or whether that weapon was recovered at the scene.

The male who shot Nave was taken into police custody for questioning but has since been released. No charges have been filed at this time, although authorities noted that the investigation is ongoing and charges could still be possible in the future, depending on the outcome of the investigation.

The sheriff’s office assured residents that the shooting was an isolated event and there was no immediate danger to the community. The department also offered its condolences to “the families of everyone involved in this death investigation.”