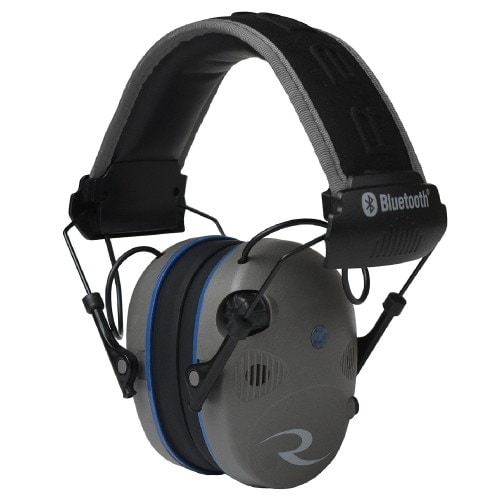 The  Bluetooth equipped R3700 is the latest to earmuff to hit the R-Series lineup. (Photo: Radians)

The premium earmuff amplifies low level sounds, allowing hunters and shooters to gauge surroundings in the field or hear safety officers and instructions on the range. Advanced circuitry in the R-Series compresses impulse noises, such as muzzle discharge, that exceed safe hearing levels.

Bluetooth connectivity works alongside most smart devices, giving shooters the ability to stream music or podcasts while they hunt or shoot. Four microphones, front and back on each cup, monitor sound and offer “superior sound location.” The headband is padded and adjustable, designed to give users a secure yet comfortable fit.

“The R3700 was designed first to provide comfortable and safe hearing protection for hunters and shooters. Integration of Bluetooth pairing capability and of improved sound enhancement technology makes the earmuffs more functional and enjoyable,” said Wes Miller, director of sporting goods, in a press release.

The R3700 includes an LED on indicator light to help preserve battery life. The LED displays green when the earmuffs are on and blue when they are paired with Bluetooth. The earmuffs work on two AAA batteries.

The new muffs are available at sporting goods outlets and e-commerce sites with  MSRP of $129.