Sacramento man gets 5-plus years for making, selling AR-15 rifles 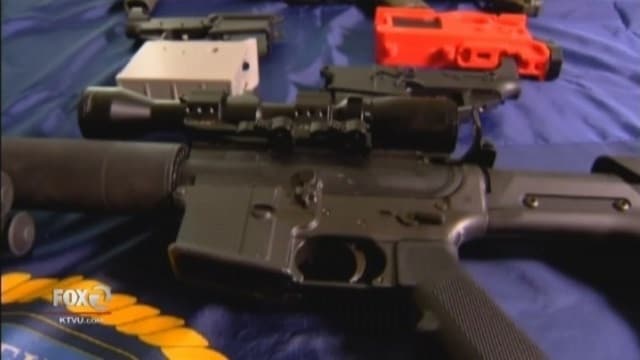 A man from Sacramento, California, was sentenced to five and a half years in prison Friday for illegally manufacturing and selling AR-15 assault rifles.

According to a Justice Department news release, 44-year-old Luis Cortez-Garcia ran a firearms parts business called LCG AR-15 Parts and Custom Accessories in Sacramento, where Cortez-Garcia sold AR-15 style rifles that had been manufactured in a metal shop at his business. However, Cortez-Garcia did not have a license to manufacture or sell firearms and was prohibited from possessing guns, as an undocumented resident and prior felon.

Cortez’s brother, Emiliano Cortez-Garcia, also helped to run the business and was sentenced in December 2016 to six years in prison for the unlawful manufacturing and selling of firearms, possession of a machine gun and possession of an unregistered firearm.

Undercover agents and at least one convicted felon purchased made-to-order assault rifles from the brothers. The guns did not have any serial numbers or other identifiable manufacturer markings, which would make them untraceable if they were used in any crimes.

The authorities conducted a search on the business in October 2013 and seized 312 firearms and parts, including fully automatic assault rifles, illegal short-barreled rifles, and suppressors.

Most individual firearms parts are not regulated by the Bureau of Alcohol, Tobacco, Firearms and Explosives and can be bought and sold without reporting the transactions and without conducting a background check. However, once a complete lower receiver has been made, it is considered a firearm and is subject to regulation.

The brothers and others involved in the business sold such parts and then directed customers to Emiliano Cortez-Garcia, who would work in the metal shop to complete the machining of the lower receiver. One of the brothers would then assemble the AR-15 rifle at the shop.

Customers paid cash for the firearms and their assembly, and no ATF paperwork or background checks were ever completed for the sales. ATF agents completed seven undercover purchases of AR-15 rifles during the investigation.