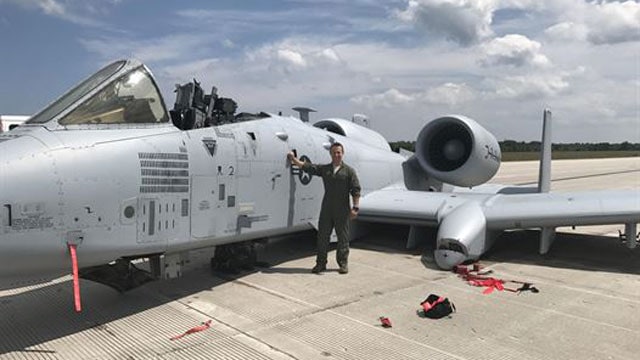 In a story shared by the Air National Guard this week, a pilot recounted an incident in Alpena County, Michigan, last month that left him landing an A-10 Thunderbolt II with no landing gear, a missing canopy, a malfunctioning radio, and the aircraft’s massive gun ripped away while flying at 375 miles per hour.

It was the first time in approximately four decades that such a landing had to be made, but Capt. Brett DeVries did it. Although the craft suffered massive damage, DeVries, his wingman, and all the crew on the ground were unharmed.

“To this day, I really haven’t second guessed anything,” said DeVries. ”In that moment, your training kicks in. The training — that’s what saves you and your wingman.”

Maj. Shannon Vickers, who was DeVries’ wingman, thought through the series of malfunctions that there was “no way this is happening right now,” be he also said he and his fellow airmen “were 100 percent focused on the task” ahead of them when they realized what was happening.

But Vickers said the landing – with far from ideal circumstances – was near-textbook.

“He came in flat, I mean it was a very smooth landing,” Vickers recalled.

“He demonstrated not only superior skill as a pilot but remained calm in an extremely challenging situation,” Slocum said. “To walk away from this scenario with no injuries is a true testament to his abilities as a world-class fighter pilot.”