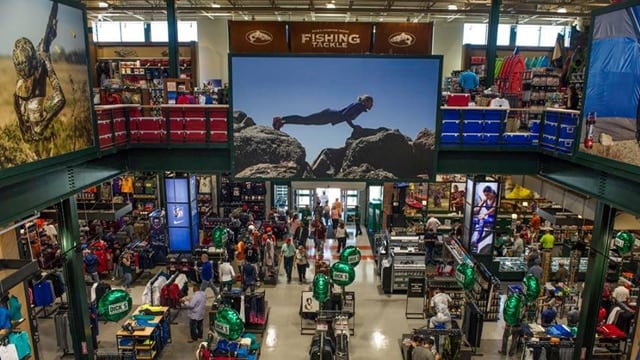 “It’s a perfect storm right now,” he said. “We’re not particularly happy that we’re in it, but we think we are one of the few that are very well positioned to come up the other side very strong and continue to be the leaders in this industry and we think it’s there and we think it’ll be great on the back side, but it’s going to be painful for a while.”

“In this very competitive and dynamic marketplace, we were able to deliver a significant increase in our bottom line from last year,” Stack said. “We continued to capture market share and generated strong results in eCommerce, footwear and golf, although sales were pressured by weakness in hunting, licensed and athletic apparel. By design, we will be more promotional and increase our marketing efforts for the remainder of the year, as we will aggressively protect our market share.”

“The customers have told us they feel our prices are not competitive in today’s environment,” he said. “Consequently, we have become more promotional and competitive, and have launched our best price guarantee where we promised the customer if they find a lower price than ours, we will match it.”

Stack echoed the woes of other sporting goods’ chains and firearms manufacturers whom blame sluggish sales on stockpiled inventory hanging around since last year’s election. He called the promotional pricing in the hunting category “almost irrational.”

“The gun and ammunition business is difficult,” he said. “That is right now … continuing to be promotional. And I think it’s going to become more promotional as we get into the meat of the season, which is toward the end of the third quarter and to the beginning of the fourth quarter.”