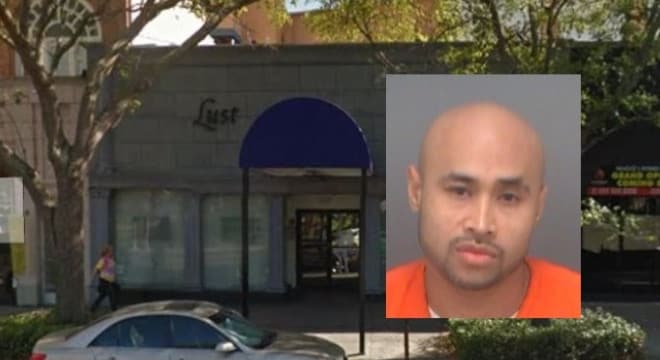 When asked about the bullet hole in the bathroom mirror, Sorn told the guard, “It was an accident, man. I was just trying to take a selfie.” (Photo: Composite)

A court in Tampa on Monday handed sentenced a man to federal prison following a negligent discharge in a strip club restroom.

Rorn Sorn, 34, of St. Petersburg, was sentenced to six years and five months in prison for possessing a firearm as a convicted felon this week following a guilty plea he entered with the court in April.

According to court documents, Sorn, a member of the Asian Pride Gang with prior felony convictions for burglary and attempted first-degree murder, entered Club Lust, an adult venue in downtown St. Pete last December. Shortly afterward, a security guard responded to a gunshot in the bathroom where a bullet hole was found in the mirror.

When asked what happened, Sorn told the guard, “It was an accident, man. I was just trying to take a selfie.”

Responding officers found Sorn with a .40-caliber pistol, marijuana, and Xanax. The bullet fired penetrated the mirror and lodged in a wall in the adjoining ladies room, and no injuries were reported.