Portland to have first African American woman for police chief 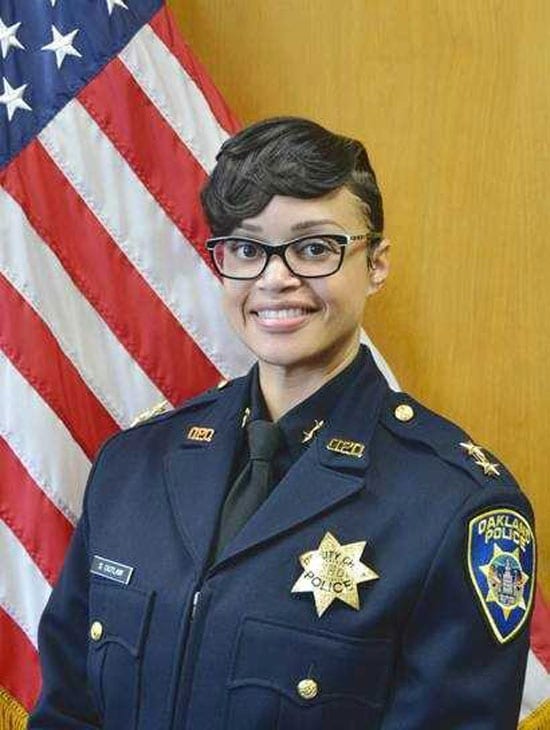 A 41-year-old woman who began her law enforcement career as a police explorer while attending high school in Oakland, California, will make history by becoming Portland’s first African American woman to serve as police chief.

“I have concrete goals for the Portland Police Bureau, all of them challenging to achieve. I need a partner. I need a leader. More than that, I need someone with a passion for this work who will be in it for the long haul. Danielle Outlaw is that person,” Portland Mayor Ted Wheeler wrote in a press release last week announcing Outlaw as the selection for the position.

Wheeler noted that beyond Outlaw’s experience, she shares his drive to improve community relations, especially in communities of color. He also noted their mutual goals of increasing diversity and embracing equity within the department, which is made up of 950 sworn employees and 270 non-sworn employees.

Wheeler said the Bureau’s mission is to create and maintain safe neighborhoods by working with the community, and to reduce crime and the fear that follows while working with the citizens to preserve life, maintain human rights, protect property and promote individual responsibility and community commitment.

“My life’s passion is policing. I want to make a positive difference in the lives of my fellow officers and the residents of the community,” Outlaw said in a statement released by the mayor’s office. “Portland is an amazing city. I am humbled by the tremendous opportunity in front of me, and am ready to get to work.”

Outlaw has been with the Oakland Police Department for 19 years and served as the department’s Deputy Chief since 2013. She was the second female Deputy Chief in Oakland’s history. Likewise, Outlaw is only the third outsider chosen to serve as the Bureau’s Chief of Police and rose above more than 30 other applicants seeking the position.

Outlaw, who has two teenaged sons, intends to make her home within the Portland city limits. She is expected to start her new position, which pays $215,000 annually, no later than October.