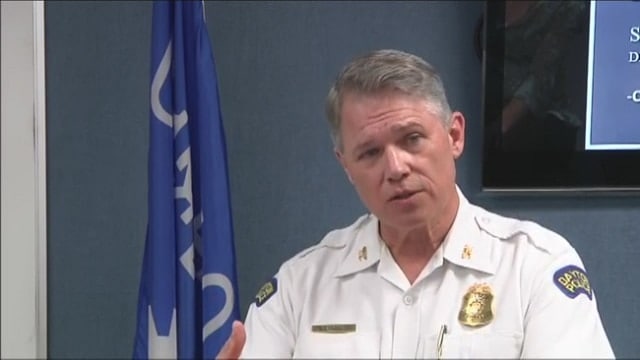 Dayton Police Chief Richard Biehl had his department-issued firearm and other personal items taken during a rash of recent thefts, according to city officials.

The Dayton Daily News reported the theft is currently being investigated, and the incident appears to have been reported on July 28. Biehl was not listed on the initial report, police spokeswoman Cara Zinski-Neace said, because the City of Dayton owns the property that was stolen.

It remains unclear where exactly the theft occurred and whether the gun was taken from Biehl’s house, vehicle, or office. The report lists the address of a police substation, as police officers’ personal addresses are not publicly released for safety reasons.

The police department stated Biehl’s weapon was taken during a flurry of thefts in a Dayton neighborhood, but did not specify further. Police records show four thefts from motor vehicles in Biehl’s neighborhood around the time the theft occurred.

The police department said their administrative review is moving forward according to standard procedure for any loss of city property.