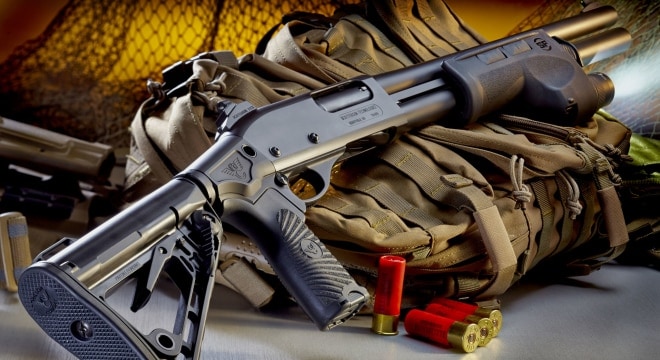 The Republican, who was elected last year to represent the El Dorado area, plans to introduce legislation to declare the Bowie knife and the shotgun Arkansas’ official state knife and gun, respectively.

Garner said the reasoning behind the choice of the shotgun is due to the state being internationally known for hunting, especially duck hunting, asserting most sportsmen in the state have a shotgun in their collection.

“Whether you are shooting ducks in a green-timber hole, hunting deer on a cold morning or calling turkey from the edge of a pasture, the shotgun is a versatile tool that can be used in many different types of hunts,” Garner said.

While there are no large shotgun makers in Arkansas, Berryville-based Nighthawk Customs and Wilson Combat produce a number of customized scatterguns for law enforcement and home defense use. Federal Armament in Fort Smith also manufacturers shotguns in-house.

The logic behind the Bowie knife is in Alamo hero Jim Bowie’s connection to the state, primarily that his famous wide-bodied blade was crafted by Arkansas blacksmith James Black and many early versions were known as the “Arkansas Toothpick.”

“Designating the Bowie knife as the official state knife of Arkansas will do more than simply recognize its well-earned role in the state’s history,” he said. “It will also let the world know the importance of this Arkansas-born treasure.”