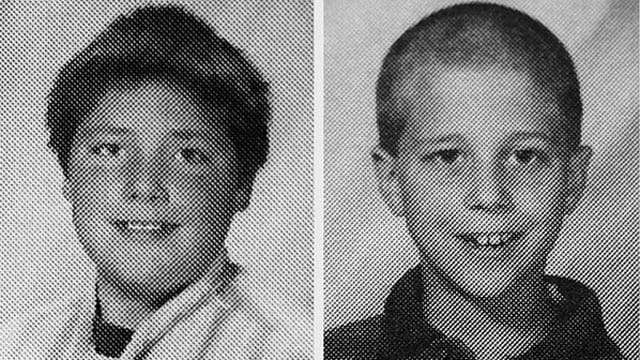 The shooters, Mitchell Johnson (left) and Andrew Golden (right) were 11 and 13 years old when they carried out the attack that left five dead and 10 injured. (Photo: Arkansas Times)

An Arkansas judge Monday collectively awarded $150 million to the families of five people who were shot and killed in a school shooting in Jonesboro nearly 20 years ago, however, according to their attorney, the families will likely never see the money.

“This effort was never about any money for us,” said Pam Herring, whose 12-year-old daughter, Paige, was killed in the March 24, 1998, shooting. “We had to honor our loved ones and tell the court how much it hurt to have them taken from us, even all these years later.”

The families and their attorney, Bobby McDaniel, hope the depositions, which were also unsealed Monday, may help to prevent such attacks in the future by revealing any possible warning signs that were missed. And although the families will probably never see a payout, the ruling will also prevent the shooters from cashing in on the attack.

“If either of them tries to sell their story for a book or a movie deal, or wins the lottery, this judgment means they can’t get rich without paying these families first,” McDaniel said.

The wrongful death suit was filed the same year as the shooting, but McDaniel said it took this long to show the impact the “act of evil” had on the families, partly because of the ages of the defendants, their incarceration, and subsequent name changes and relocations.

Andrew Golden and Mitchell Johnson were just 11 and 13 years old when they opened fire on students and staff at the Westside Middle School. Due to their ages, neither were charged as adults. Both served prison time and were released at the age of 21, according to the Arkansas Times.

Golden and Johnson were said to have worked together to execute the plan in which they were separately excused from class, activated a fire alarm, then opened fire from a wooded area on classmates and teachers as they evacuated the building.

In addition to Herring, 12-year-old Stephanie Johnson; Brittney Varner and Natalie Brooks, both 11 years old; and teacher Shannon Wright were all killed. Ten other students were injured.

Authorities captured the boys shortly after the attack and found them in possession of 13 fully loaded firearms and 200 additional rounds of ammunition, as well as a crossbow and numerous hunting knives, all of which were taken from Golden’s home. According to reports, Golden allegedly “practiced” the attack by shooting several dogs beforehand.