New poll: Most Americans not happy with Trump's Charlottesville response 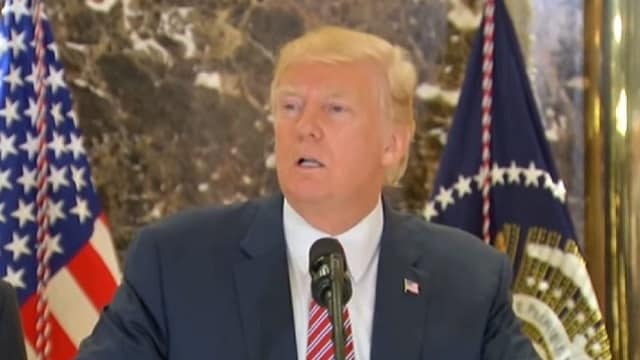 A new poll released this week has found most Americans are not happy with President Donald Trump’s response to the violence that took place in Charlottesville, Virginia, on Saturday.

Approximately two-thirds of Americans thought the car attack that left one person dead and 19 others wounded was an act of domestic terrorism, and 52 percent found Donald Trump’s response to the attack and protests, organized by neo-Nazi and white supremacist groups, to be unsatisfactory and not strong enough, according to the poll conducted by the PBS NewsHour, NPR and Marist Poll. Some of those dissatisfied with Trump’s response voted for him in the 2016 election.

On Saturday, when clashes between protesters and counter-protesters erupted, Trump condemned the violence but also blamed it on “many sides,” PBS News reported. During this initial press conference, Trump did not call out the neo-Nazi, Ku Klux Klan, and other white supremacist groups by name, much to the dismay of many who called for him to speak more specifically and critically of those groups.

Trump issued a stronger statement on Saturday, condemning the neo-Nazi, KKK, and other white supremacist groups that had gathered at the protest. However, the president then doubled down on his initial statement during a Tuesday press conference, saying both sides were to blame for the violence in Charlottesville, seeming to draw a false equivalence between white supremacist groups and those there to counter-protest against them. Trump also used the term “alt-left” to describe groups of counter-protesters, questioning if they had “any semblance of guilt” for things spiraling out of control.

While Trump seemed confident in his beliefs on the matter, the poll found that only 27 percent of respondents were happy with his response to the violence in Charlottesville, and 21 percent remained undecided.

A majority of Republicans still expressed support for Trump and his statements, with 59 percent of them saying they thought his response was strong enough. Only 30 percent of independents and 10 percent of Democrats sided with the president on this issue.

Support for Trump’s response was low across different races as well, with 31 percent of white Americans, 20 percent of Hispanics, and only 13 percent of African-Americans saying they agreed with his statements.

The Unite the Right rally was organized to protest the city of Charlottesville’s decision to remove a statue of Confederate general Robert E. Lee, and the poll found that 62 percent of respondents thought Confederate statues should remain standing for historical reasons. Republicans were approximately twice as likely to vote to keep the statues than Democrats.

Trump’s overall approval rating has dipped slightly to 35 percent, as compared to 39 percent in April.

The poll was conducted Aug. 14 through Aug. 15, and a total of 1,125 Americans responded to the questions over the phone. It reportedly had a margin of error of 2.9 percent.