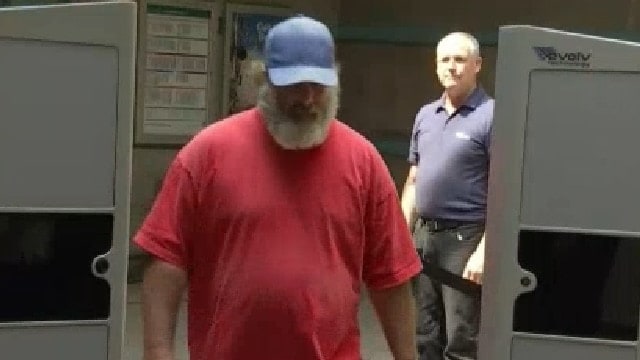 A passenger walks through a body scanner being tested at the LA Metro. (Photo: NBC San Diego)

Los Angeles subway riders may soon have to walk through body scanners designed to detect guns and explosives before boarding trains.

NBC San Diego reported that a two-day pilot program began Wednesday, with the Los Angeles County Metropolitan Transportation Authority testing out the airport-style scanners at the city’s Union Station. However, things did not go so smoothly, as one of the machines malfunctioned before it could be tested with actual passengers.

Metro spokesman Dave Sotero said the machines are designed to detect firearms and explosive compounds without forcing passengers to take off their shoes or unload electronics.

“It is specifically designed to test for mass-casualty threats,” Sotero said. “The technology enables the system to locate on the body where there is a potential threat, and it appears on a video screen.”

The tests are being carried out to evaluate the scanners’ accuracy and efficiency, with each machine designed to scan about 600 people per hour. Approximately 150,000 people daily use the Metro’s Red Line.