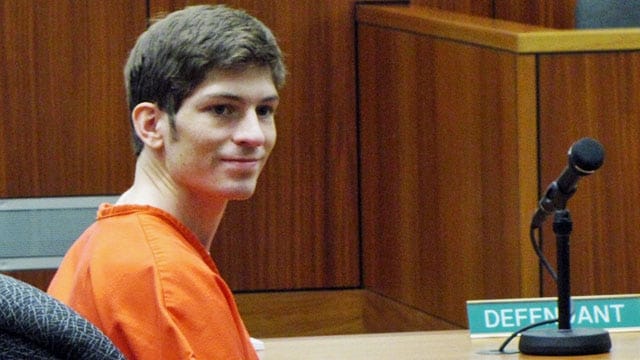 An appeals court panel on Wednesday heard arguments about whether to throw out a solicitation to commit murder charge for an Alaska-based militia leader.

Schaeffer Cox, 34, is a gun rights advocate and sovereign citizen leader, according to the Fairbanks Daily News-Miner. He’s serving a 26-year prison term for weapons and murder conspiracy charges, and for solicitation to commit murder.

At the hearing Wednesday, the judges paid close attention to the details of a security team Cox assembled to protect himself back in 2010. Cox had said he believed there was a team of federal assassins trailing him. He told his security team to be ready to kill the agents if they tried to kill Cox. The assassins were not rooted in reality, though two FBI informants were following Cox at the time, and recording their conversations.

“The government cites no case, and there is no law establishing that if a defendant has a paranoid fantasy that federal agents are attempting to assassinate him, then his efforts to defend himself against those phantoms amounts to a plot to murder federal officials,” Cox’s attorney Micheal Filipovic wrote in court documents.

One judge on the panel asked a hypothetical comparing Cox’s murder solicitation charge with a solicitation to kill Mickey Mouse. Another judge asked prosecutors if they could cite another case similar to Cox’s.

“If we had found it, we would have provided it to you, your honor,” said trial prosecutor Steve Skrocki.

While the federal assassins were fictional, other real humans are named as intended victims in the Cox case, including Department of Homeland Security employees and Transportation Security Administration employees.

Even if the solicitation charge is thrown out, the conspiracy to commit murder charge and weapons charges would remain. Lawyers for Cox attempted to argue points on the conspiracy charges Wednesday, but ran out of time.

Cox was convicted on nine felonies, and was sentenced in 2013. At trial, prosecutors said he and his followers had a “2 for 1” plan to kill two law enforcement officers for every militia member killed.