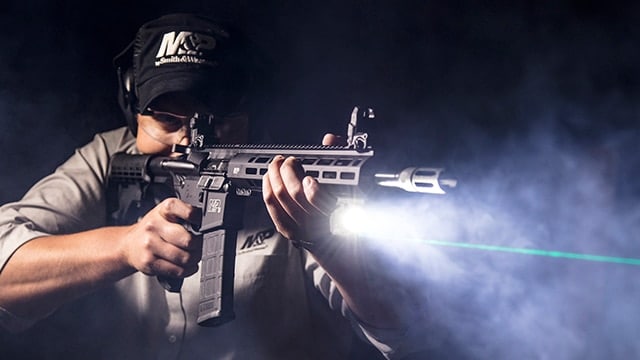 The M&P15T with Crimson Trace LiNQ boasts both a flashlight and laser setup. (Photo: Smith & Wesson)

“The M&P15T rifle was the perfect platform to showcase the award winning LiNQ, wireless operated system,” Lane Tobiassen, president of Crimson Trace, said in a press release. “Together with Jan Mladek, general manager for the M&P Brand, we were able to collaborate and develop a firearm package that showcases the versatility of the LiNQ as well as the ability of the M&P15T rifle to adapt to accessories.”