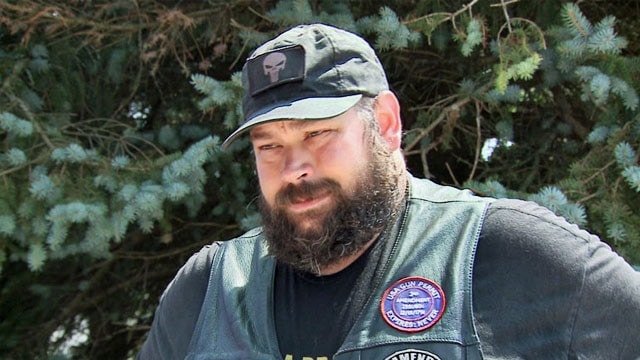 After more than an hour, deputies told William Polster he was right – he could open carry at the zoo. (Photo: WISN)

A gun rights activist was stopped this week at the Milwaukee County Zoo for openly carrying his firearm.

William Polster rode up on his Harley Wednesday with a .45 caliber Glock on his hip, according to WISN.

“It was my girlfriend’s birthday, and she likes elephants. That’s why I was there,” Polster said. “We walked into the farm exhibit area, the one officer pulls up, stops me and says we can’t have the firearm in the park.”

Polster has a history of exercising his open carry rights, recording interactions with residents and law enforcement, and posting it to YouTube. In one incident, a sheriff’s deputy pointed a rifle at him while he was carrying at a park in Calumet County.

On Wednesday, Polster recorded cell phone video for over an hour while two Milwaukee County sheriff’s deputies told him he couldn’t carry his weapon at the zoo. The Milwaukee County Zoo doesn’t allow concealed or open carry of weapons in any buildings, but public grounds are exempted from that rule under state law.

“You can carry on the grounds. You just can’t carry in the buildings,” Polster said.

After checking the law, the deputies determined he was right. Polster says the more people are seen carrying openly, the more acceptable it’ll become.