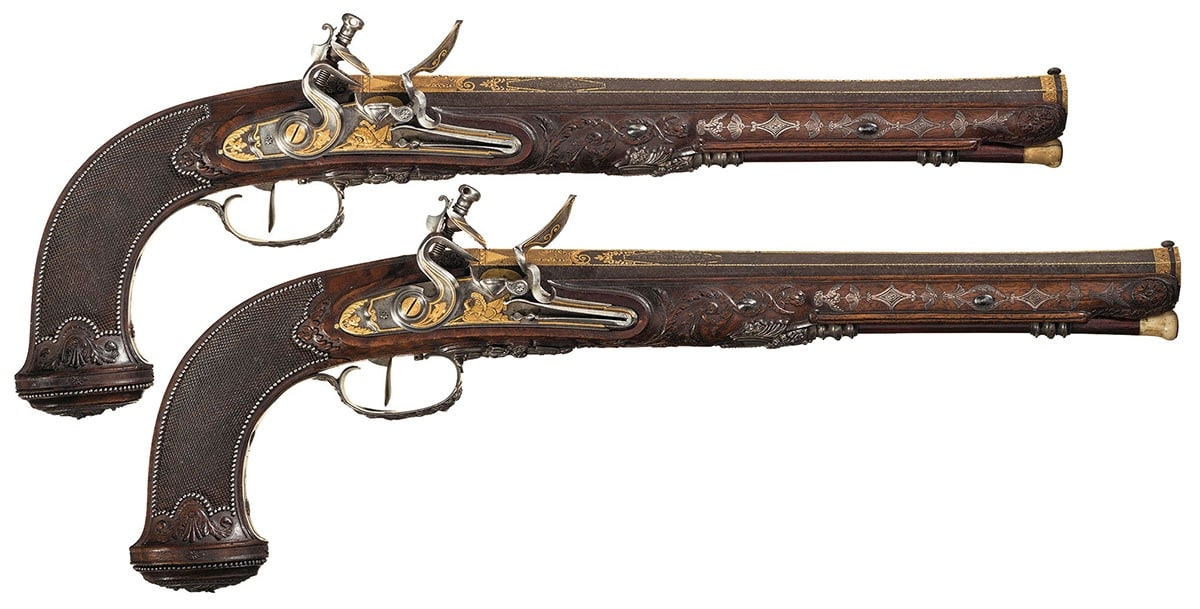 Rock Island Auction Company is preparing to auction off a slew of historical goodies in September, to include a pair of Boutet Parisian Flintlock dueling pistols.

Manufactured around 1800 to 1810 under the direction of renowned French gunsmith Nicolas Noel Boutet at Versailles, they were later upgraded by Jean André Prosper Henri Le Page after the Bourbon Restoration around the 1830s.

The swamped octagon barrels feature delicate blade front sights at the muzzle and fine notch rear sights at the breech. The pistols boast dual gold bands at the muzzles, ovoid gold vent liners, golden inlay and border designs. RIA says the pistols are in “extremely fine” condition with over 95 percent of the original gold still on the guns.

The Boutets’ stocks offer fine checkering bordered by silver pins in addition to a fine floral Baroque raised relief carving. The carving coordinates with the engraving patters on the furniture as well as the silver stock inlays.

The original owner of the pistols is known; however, high end Boutet dueling pistols were often presented to French military officers, including a presentation from Napoleon himself.