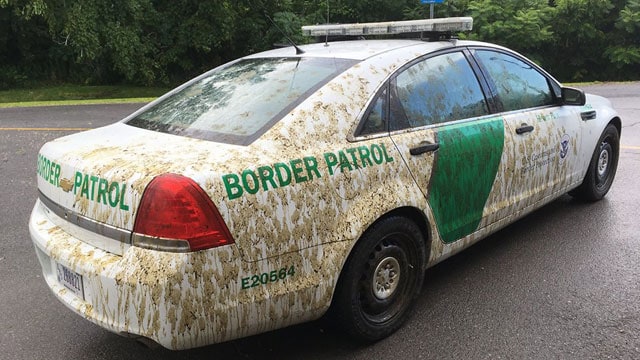 A farmer was due in Vermont Superior Court Thursday on charges stemming from an Aug. 3 incident in which a Border Patrol car was sprayed with cow manure by the farmer.

Mark Johnson, 53, of Alburgh, admitted to spraying the patrol car with manure, but denies the act was intentional.

Johnson was apparently spreading liquid manure with a tractor when he came upon the officer as he was on patrol. Johnson stopped to talk with the Border Patrol agent and a few minutes later went about his fertilizing after thinking he had cleared the patrol car. Johnson said he wasn’t even aware of the problem until he was issued a court citation several days later.

Johnson was charged with simple assault and disorderly conduct.

In an interview with reporters, Johnson said he is angry over the number of illegal immigrants working in the agriculture industry and what he perceives as a lack of action by the Border Patrol and Immigration and Customs Enforcement. The farmer said he has “lost everything” because of illegal immigrants and called it “very, very sad,” while noting that he isn’t the only one who feels that way.