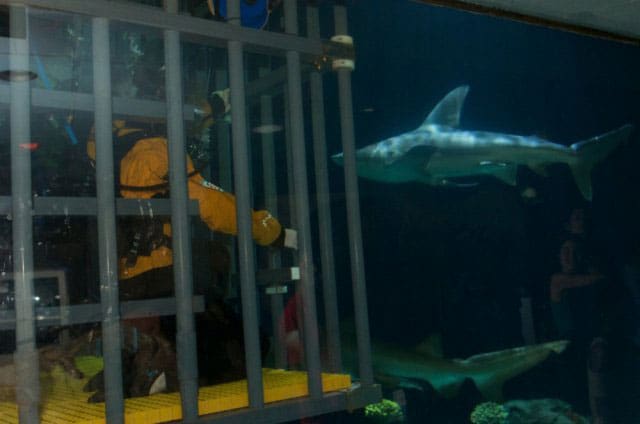 The Point Defiance Zoo and Aquarium in Tacoma, Washington, offers a unique program for soldiers who are wounded or ill.

It’s an adaptive sports program that meets the physical training requirements for soldiers in the Warrior Transition Battalion, a special battalion that aids wounded soldiers in recovery, as well as transition into civilian status or back to regular Army units. And while the sports program’s primary focus is to teach underwater breathing techniques, such exercises have added benefits. 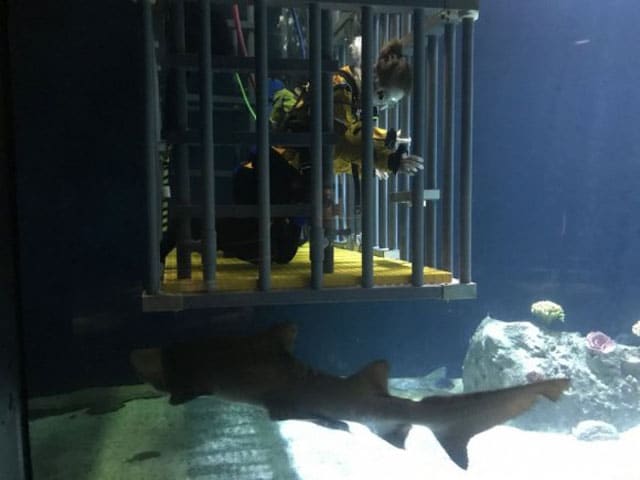 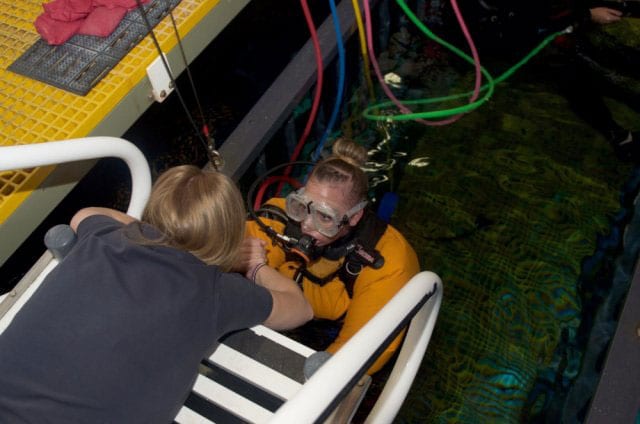 Brian Caskin, a physical therapist who works with the WTB, said the underwater breathing techniques mimic yoga and meditation, but the shark tank therapy has “a more interesting view.”

“It is good practice for staying calm and for breathing control,” Caskin said. “They are addressing a fear while being forced to control their breathing.”

But David Todd, who works with the dive team, indicated sharks aren’t creatures to be feared.

“The experience is meant to be mesmerizing rather than high adrenaline,” Todd said. “We’ve all seen “‘Jaws,’ and most people would say sharks are intimidating, but some of the sharks are even timid around the four-inch long damselfish in the tank.”

Nonetheless, Todd said the soldiers still remain in a cage during the drive.

Currently, the program offers dives for soldiers in the WTB, free of cost, once a month. However, plans are underway to expand the dives to twice monthly starting in September.