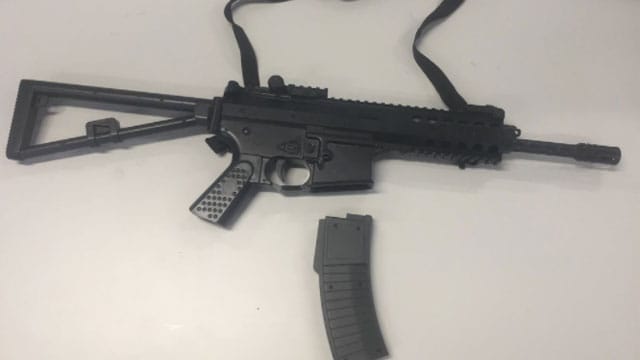 Authorities were called to a community college in Mandurah, Australia, Tuesday afternoon when staff learned a 15-year-old student brought an airsoft rifle to the school.

Officials with the Halls Head Community College say the teen was not using the rifle to threaten, harm, or otherwise place his fellow students in danger, but rather he was simply showing it off to his friends. Nonetheless, when the staff caught wind of the weapon, they seized it and called the police.

“The rifle is not capable of being licensed and fires plastic ball pellets,” said Sgt. Steve Thompson with the Mandurah police.

Thompson said the teen, whose name was not released, is cooperating with the investigation and also noted, while not a real weapon, it could easily be mistaken for one.

Thompson concluded the message is clear, “Don’t bring these things to school.”