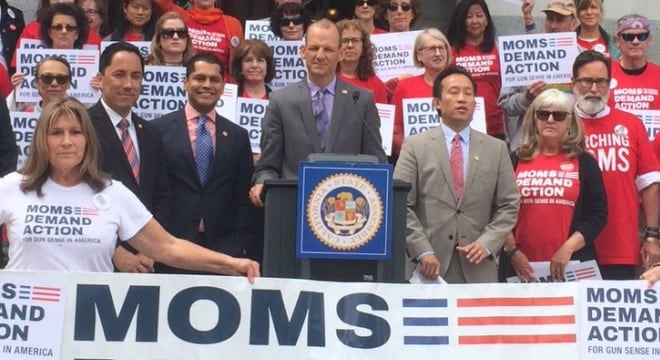 An Assembly measure to strip the limited ability of schools to make exceptions in their gun free zones is pending a floor vote in the Senate.

The proposal, AB 424, would remove the allowance for a school district superintendent to give permission to someone to have a firearm on campus. Supporters argue it is needed to as a follow-up to a general ban on campus carry passed by lawmakers in 2015 as at least four school districts are now granting exemptions.

“A safe learning environment is essential for our children to be successful in the classroom,” said bill sponsor, Assembly member Kevin McCarty, D-Sacramento. “That’s not possible if a school district allows armed civilians to roam California school campuses.”

McCarty’s bill will end the authority under California’s Gun Free School Zones law for school districts to allow an individual with a concealed carry permit to access the campus. Schools would still be empowered to allow guns used in shooting sports or activities such as hunter education programs and JROTC.

Exemptions would remain in place for current and retired law enforcement officers to carry firearms if authorized by their former agency along with armored car and security guards to carry guns in the course of their work.

McCarty’s measure has the support of the California Federation of Teachers, state PTA, and the National Association of Social Workers as well as a host of gun control advocates.

The move is opposed by the California School Boards Association and gun rights organizations.

Craig DeLuz, spokesman for the Firearms Policy Coalition, questions the need for the new limitation.

The measure passed the Assembly 48-28 in June and, after approval by the Senate Public Safety Committee in June, is waiting for a floor vote that, if successful, would send it to the desk of Gov. Jerry Brown.