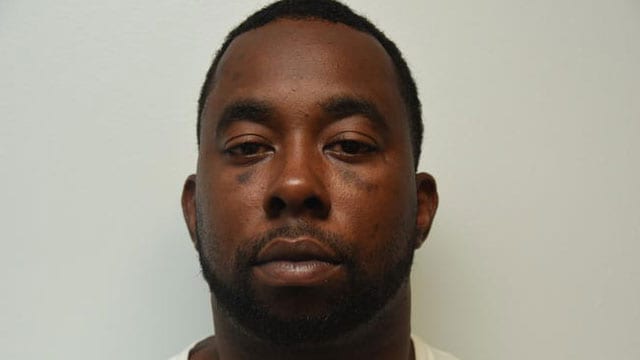 Oliver Rhone is charged with first-degree murder for the shooting death of a long-time rival. (Photo: Schaumburg Police Department)

The lawyer of a 37-year-old man said in a Cook County court Friday that his client acted in self-defense when he shot and killed a man last week in the Chicago suburb of Schaumburg. However, authorities dispute that claim.

Oliver L. Rhone is charged with first-degree murder for the shooting death of Quentin Tillison, 37, during a heated exchange outside of a Walgreens last Wednesday evening.

The Chicago Tribune reported the incident unfolded just after 5 p.m. Authorities say Rhone was sitting in his car in the parking lot outside of the Walgreens, when Tillison walked out of the business and past Rhone’s car. It’s unknown why Rhone was in the parking lot in the first place, but Rhone got out of his car and the two exchanged words.

Then, at some point during the altercation, Rhone is said to have pulled out a handgun and shot Tillison as he turned to walk away. Tillison was struck in the abdomen, but managed to walk across the parking lot and jump over a row of bushes.

Tillison then fell to the ground, and a witness attempted to render first aid. Meanwhile, Rhone fled the scene in his vehicle.

As Tillison laid on the ground, he reportedly said, “It was Oliver. Oliver did this.”

Tillison was transported to a local hospital, where he died around 2:40 a.m. Thursday, a local CBS affiliate reported.

Police recovered Rhone’s cell phone from the scene, and shortly after the shooting, they went to Rhone’s home to make an arrest, although the home was found to be empty at the time. Later that evening, however, Rhone turned himself in to authorities while in the presence of his attorney, Ken Merlino.

Prosecutors say there is witness testimony, as well as surveillance video that captured the incident and corroborates the prosecution’s account of what transpired. However, Merlino argues that his client acted in self-defense when he shot Tillison, the end of a years-long feud between the two men.

“The narrative discussed here is an absolute false narrative,” Merlino said, adding, “This is one of the weakest first-degree murder cases ever filed.”

In fact, Rhone claims Tillison previously threatened to “put a bullet” in him, and earlier this year, Tillison allegedly stabbed Rhone in the neck, resulting in a hospitalization. Rhone, however, admitted that no charges were ever filed against Tillison for either of those incidents. No weapon was found on Tillison at the time of last week’s shooting.

Merlino told the court Friday that Tillison had spent the “last couple of years hunting Oliver Rhone.” Merlino also noted that his client was a legal gun owner who was in the process of obtaining his concealed carry permit.

Rhone is being held without bond. His next court appearance is scheduled for September.

“My son didn’t deserve to die that way,” she said.