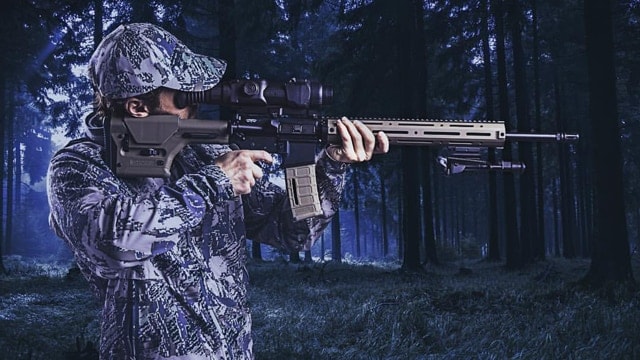 Pulsar trademarked itself in 2008, but describes humble eastern European roots stretching back 26 years to a basement in Belarus where a few engineers designed the company’s first wooden spotting scopes. Fast forward more than two decades, and Pulsar considers itself “an industry pioneer that designs cutting edge products” for use in for hunting, military, security and law enforcement.

The optics accessory manufacturer comes aboard as part of Gander’s efforts to overhaul its image after new CEO Marcus Lemonis blamed the company’s bankruptcy on undisciplined inventory buying.

Gander Mountain filed for Chapter 11 bankruptcy protections in Minnesota court on March 10. Lemonis’s Camping World, the nation’s largest recreational vehicle dealer, led the investor group that bought out $390 million worth of Gander Mountain assets, including its Overtons boating business, during an April 28 auction. A separate liquidation company bought the store inventory currently on sale across the country.

Lemonis said customers visiting the re-branded Gander Mountain stores — slated to open as soon as November in some locations — will find a cheaper, better assortment of guns and accessories. Crosman and Henry Repeating Arms joined the company’s offerings last week, according to Gander’s social media channels.