Suspect shot, killed while trying to disarm homeowner during altercation 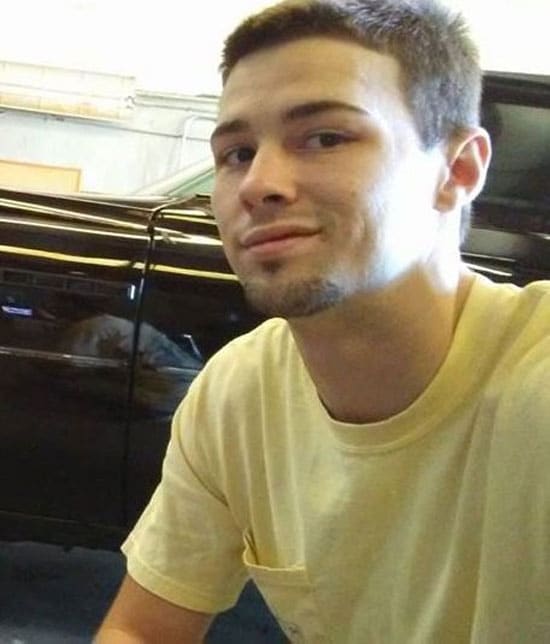 Jeffery Sanford, 21, was shot in the neck during a struggle with a 54-year-old homeowner. (Photo: Facebook)

An altercation at a swimming hole in Alabama on Sunday turned deadly when two men followed a woman to her home in Theodore, only to be met by the woman’s father, who was armed with a shotgun.

The Mobile County Sheriff’s Office confirmed they are investigating the incident as a homicide, which doesn’t indicate guilt, only that an individual was killed at the hands of another person.

According to a statement from the sheriff’s office obtained by local media, the incident started at a popular swimming destination known as Cold Hole. Kelly Conner, along with her five children, her nephew, and several of his friends were at the swimming hole when Connor and another female became engaged in an argument. The altercation turned physical, however, when the woman struck Connor in the face. Connor hit the woman back, and several others became involved in the fight.

At that point, Connor left the area and headed home.

However, as Connor pulled up to the home, where her 54-year-old father, Ronald Vaughn, also lives, she realized two men from the Cold Hole had followed her. Connor got out of her vehicle and ran toward the home, yelling at her father for help. Vaughn then walked out of the house carrying a shotgun.

The two men, later identified as Jeffery Shawn Sanford and Alex Bodiford, got out of their Chevy Tahoe and walked toward the home, as they continued to threaten Connor.

Vaughn confronted the two men in his front yard and fired a warning shot. Thinking that was enough to scare them away, Vaughn turned to go back toward his house, but Sanford and Bodiford then jumped him from behind.

A physical altercation ensued between the three men as Sanford and Bodiford attempted to disarm Vaughn. At some point, Bodiford decided to let go of the firearm and backed away, Vaughn later told reporters in an interview. But the struggle for the weapon continued between Vaughn and Sanford. During the struggle, the shotgun was fired, and Sanford was struck in the neck. Vaughn said Sanford then dropped to the ground.

Police arrived a short time later and found Sanford lying in the front yard. He was pronounced dead at the scene.

According to WTOC, Bodiford admitted that he and Sanford followed Connor home, and said the altercation at the swimming hole started over accusations of a stolen wallet, the details of which are not known at this time.

Vaughn said he’s sorry Sanford lost his life, but the gun went off during the struggle, and he did not intentionally shoot him. Vaughn also said he walked outside with the shotgun to protect his daughter and the children.

“I don’t know if that man had malice in his heart or nothing,” Vaughan said of Sanford. “If you come to someone’s house, you’re out to hurt them.”

No charges have been filed against any of the parties at this time, but that could change after the case is presented to the Grand Jury.