Browning introduces engraved B15 Beauchamp over, under shotgun 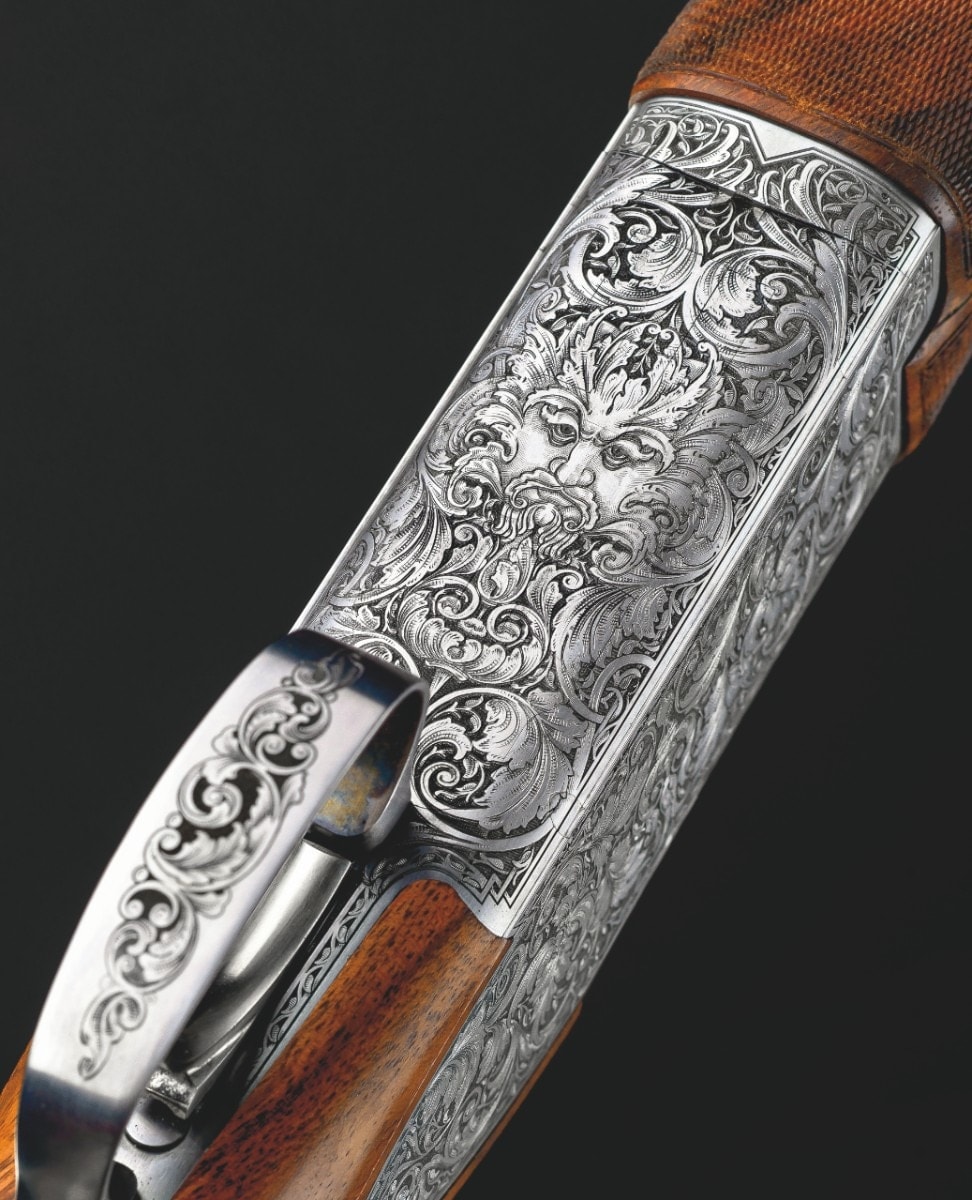 The engraving featured on the Grade E B15 Beauchamp. (Photo: Browning)

The John M. Browning Collection by Browning is getting a new addition with Browning announcing the B15 Beauchamp over and under shotgun as the latest edition to the lineup.

Like its sister over and under the B25, the new B15 has been enhanced by the legendary gunsmiths of Fabrique Nationale d’Herstale in Belgium to offer expert balance and reliability.

The Beauchamp features a low-profile receiver, performance enhancing mechanical triggers, back-bored Vector Pro Barrels and Invector-DS choke tubes. In addition the B15 integrates the same locking system and technical features as the B25.

Offered in four grades, the shotgun will present shooters with a choice of engravings and wood grades. Varying forearm style as well as buttplates are also available.

“The new B15 is the only choice for those who appreciate style, but prize function,” Browning said in a statement on their site.