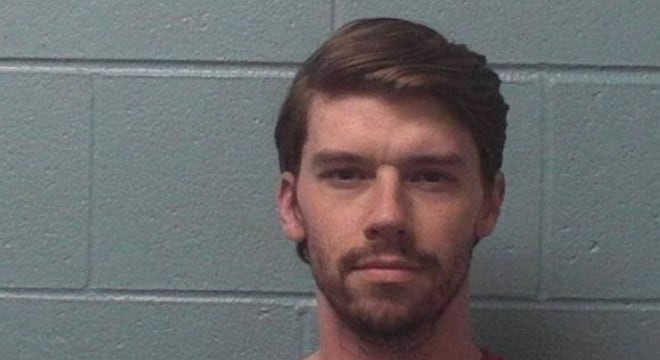 Myers was taken into custody earlier this month on drug charges, though the ATF subsequently searched his residence for guns and explosives. (Photo: Franklin County Sheriff’s Office via Athens-Banner Herald)

As reported by the Athens-Banner Herald, Myers, 30, was arrested on Aug. 8 by the Franklin County Sheriff’s Office on charges of illegally obtaining drugs shipped to his post office box in Carnesville, Georgia.

According to jail dockets, Myers was booked on possession of a Schedule I or II controlled substance with intent to distribute and possession and use of drug related objects. Under Georgia law, the intent charge is a felony punishable by anywhere from one to 30 years in prison.

As detailed by the Herald, following his arrest agents from the Bureau of Alcohol, Tobacco, Firearms, and Explosives obtained a warrant for Myer’s property and seized more than 50 firearms.

Myers’ home was raided in 2013 by the ATF over questions about the use of explosives by the YouTube personality, known for blowing up random household items as part of the show’s productions, though no charges were filed. That raid came three months after Keith Ratliff, Myers’ business partner, was found shot execution-style in his home workshop. An investigation by Georgia state police into Ratliff’s murder has been unproductive.

The FPS Russia YouTube page, started in 2010, has over 6 million subscribers and has chalked up nearly 800 million views. However, the last video posted, a comparison of personal flamethrowers, was in April 2016. The channel’s formerly very active social media accounts, likewise, have been dormant since then.

Guns.com contacted both the Franklin County Sheriff’s Department as well as the ATF and will update this piece if they offer any additional information.