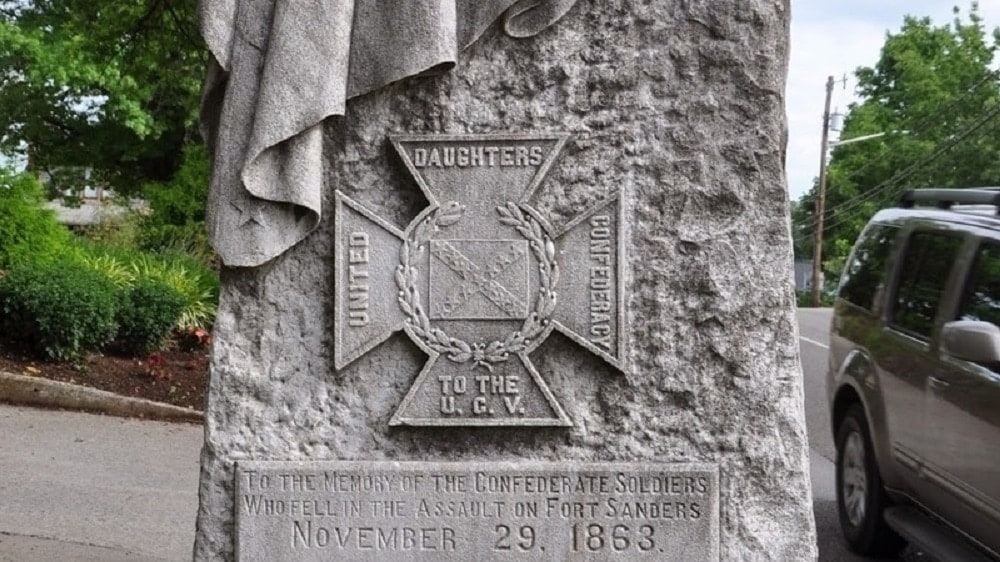 Knoxville Police have banned guns and other weapons from an upcoming Confederate monument protest expected to draw white supremacists and counter protesters this Saturday.

Knoxville Mayor Madeline Rogero and the police department announced the decision Wednesday, saying that all guns and other weapons will be prohibited from the designated demonstration area at the Fort Sanders monument honoring Confederate soldiers. To comply with state law, all participants will be screened with metal detectors and subject to wanded security checks.

“Our officers will be there to maintain order and ensure that everybody is free to speak their piece,” Mayor Rogero said. “These are volatile times, and I strongly urge everyone to refrain from antagonism. We can have these discussions as a community without resorting to angry rhetoric or violence.”

Other banned items include masks or any type of face covering, shields, poles, sticks, water bottles, drink containers, coolers, beverages and food. Signs and flags will be prohibited if they are attached to a pole or stick or anything else that can be used as a weapon.

While Tennessee issues permits for the open and concealed-carry of firearms, Lincoln Memorial University professor of law Stewart Harris told WBIR News that city officials can legally ban guns at the protest so long as law enforcement officials secure the area with the proper personnel and equipment.

“The law of the state of Tennessee is that it’s okay if a city wants to ban guns in a sensitive area,” Harris said. “If the city does that, then the city has to control access to that area and have some sort of metal detector there–some sort of gun detector there.”

The precautionary measures come after the Aug. 12 rally in Charlottesville, Virginia, where white supremacists and neo-Nazis gathered to protest the removal of a statue of Confederate Gen. Robert E. Lee. The rally turned deadly when a neo-Nazi drove into a crowd of counter-protesters, killing 32-year-old Heather Heyer and injuring 19 others.

Charles Irwin, who is helping to organize the counter protest at the Knoxville rally, told the Knoxville News Sentinel that police plan to keep the two groups divided to try and prevent violence from erupting as it did in Charlottesville.

White supremacist group Confederate 28 started urging people to rally in support of the Fort Sanders monument, which was erected in 1914 by the United Daughters of the Confederacy, after a petition calling for its removal was recently made public.

Knox County Mayor Tim Burchett condemned the white supremacist gathering in a Wednesday press release, saying: “As out-of-town white supremacists and neo-Nazis head toward East Tennessee, I ask everyone of faith to pray for the safety and well-being of our community, our law enforcement and everyone involved, and for the healing of our nation.

“The racism and hatred of these white supremacists and neo-Nazis don’t reflect our values, and they are not welcome here.”