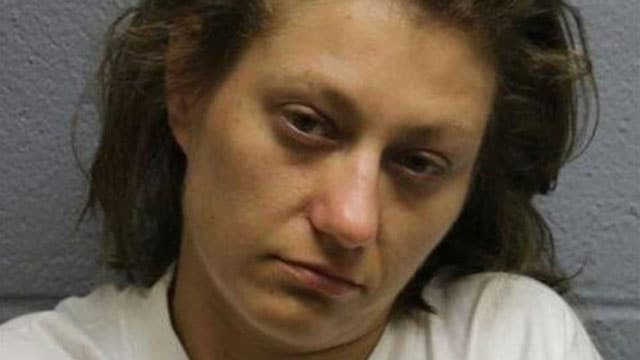 A woman from Westminster, Maryland, was arrested Monday. She is accused of stealing more than 40 firearms in at least three separate instances since October.

Amy Gennell Dolly, 37, is charged with five counts, including second-degree burglary and theft in excess of $100,000.

According to prosecutors, the Carroll County Sheriff’s Office received a report of 10 stolen firearms from a man on Oct. 13, and the man told authorities he suspected Dolly was responsible.

A witness claims to have recognized one of the stolen guns in a car driven by Dolly around that same time. The witness questioned Dolly about the gun, to which she replied that the owner of the gun would not even notice it was missing.

Then, on Jan. 18, the same man reported an additional 30 guns stolen from his garage. Authorities said there were signs of forced entry, including a lock that had been broken. The man was unsure when the break-in occurred, but said it was sometime between October and the time he contact authorities. He again suspected Dolly was responsible.

The following day, two of the man’s stolen firearms turned up for sale at an antique mall. Investigators learned the guns came from a gold exchange, and a representative of the gold exchange confirmed to authorities that they purchased some 10 to 15 firearms from Dolly.

Several days later, on Jan. 25, another individual reported that a loaded shotgun was stolen from his residence as he slept.

Dolly is the suspect in all three gun thefts. She is being held with a $10,000 bail, and is due back in court next month.