Police in Edmonton, Alberta, in conjunction with the Royal Canadian Mounted Police, found a pair of full-auto DIY MAC-11’s complete with matching suppressors as well as other sundry illegal arms last week.

Made in a machinist’s shop without his knowledge, “The MAC-11s were fully automatic, with one trigger pull resulting in the entire magazine of 30 rounds being fired in just seconds,” according to a release. 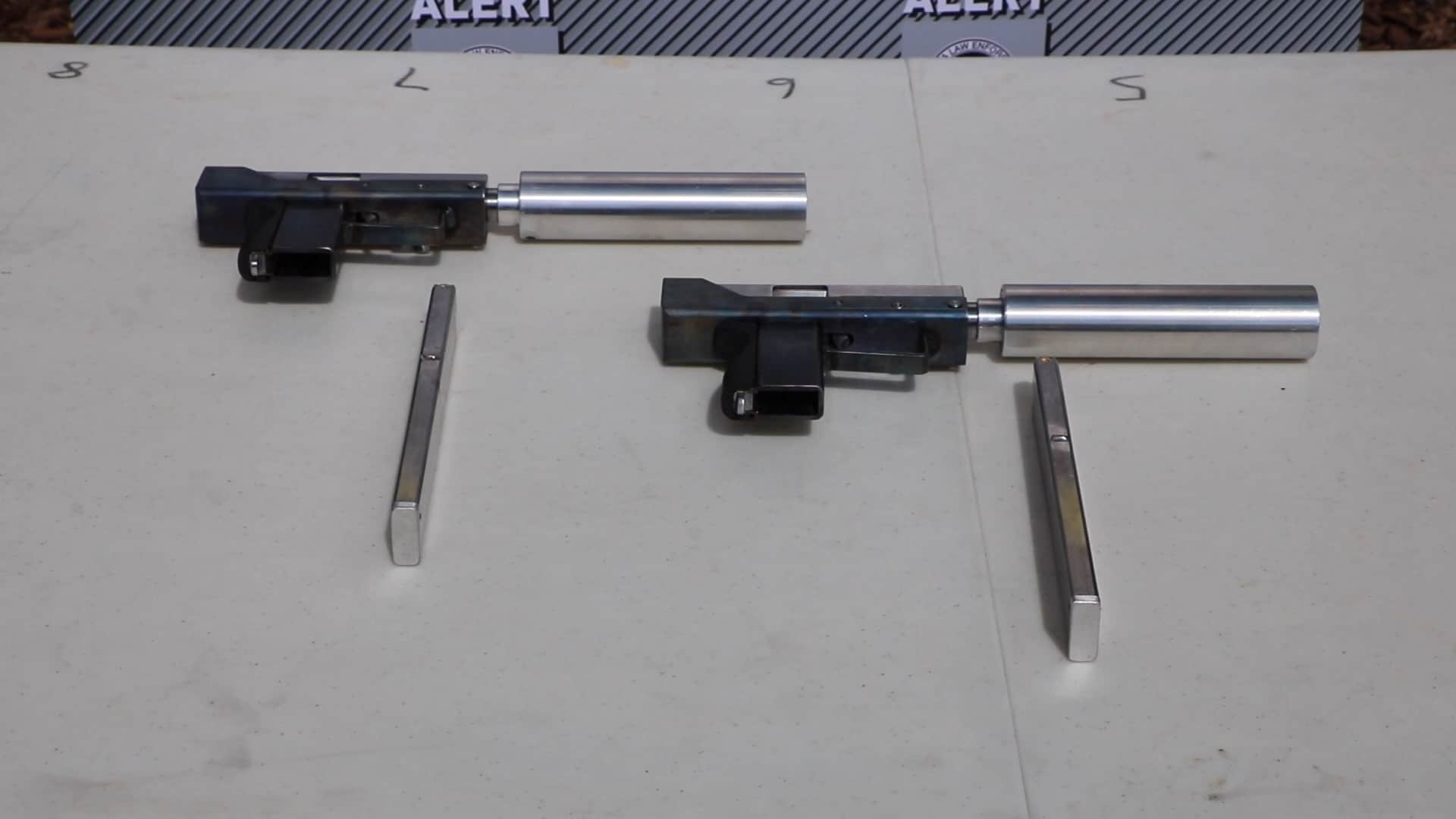 Police say that a half-dozen MACs were made, but only two were recovered. (Photos: Edmonton Police)

Besides the pair of MACs, Edmonton’s Guns and Gangs unit also recovered a Beretta handgun equipped with a natty stainless steel suppressor and a modified Suomi submachine gun. 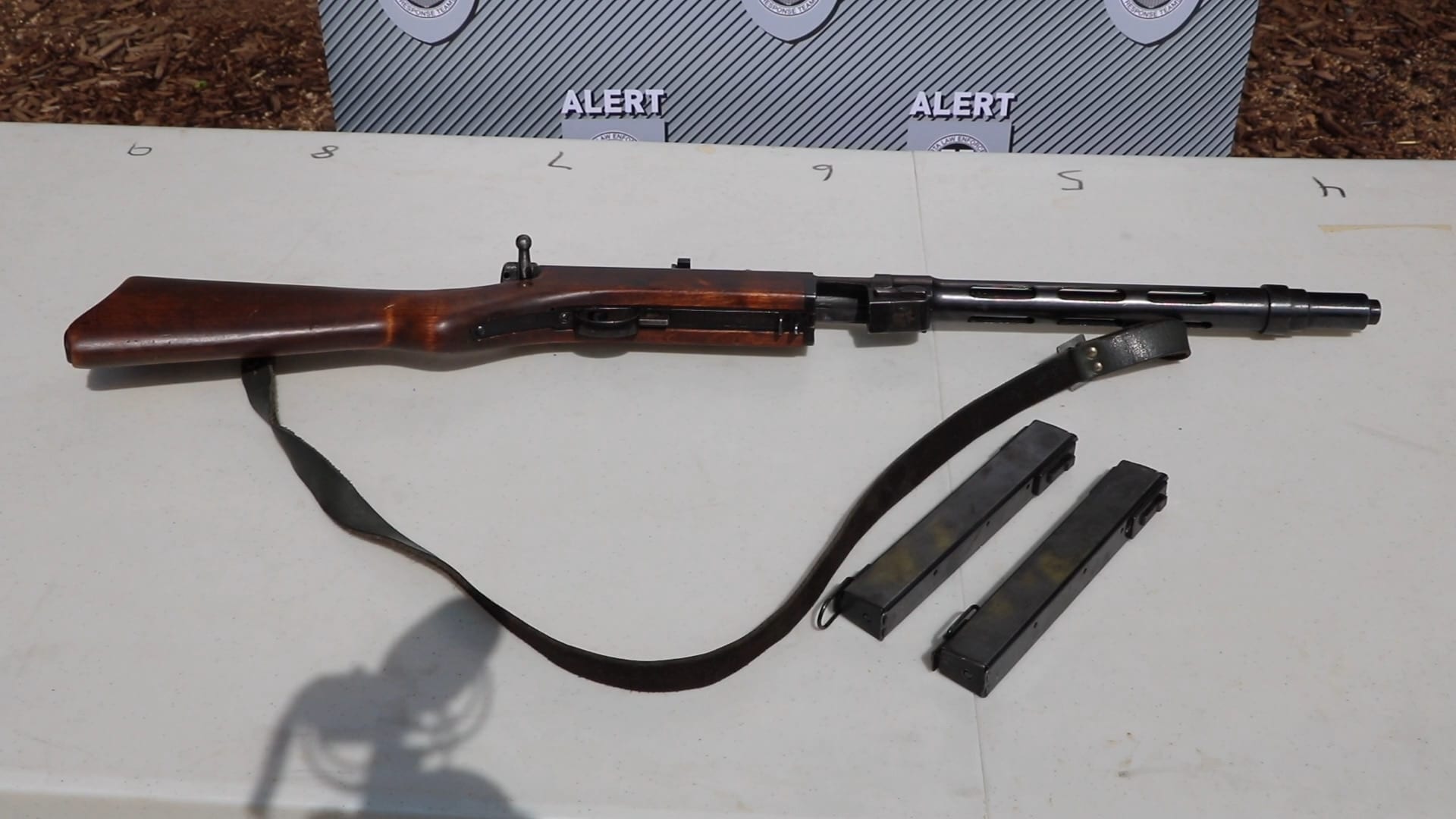 Police advise the Suomi KP/-31, a Finnish subgun in 9mm, was modified but did not elaborate as to what was done to it. 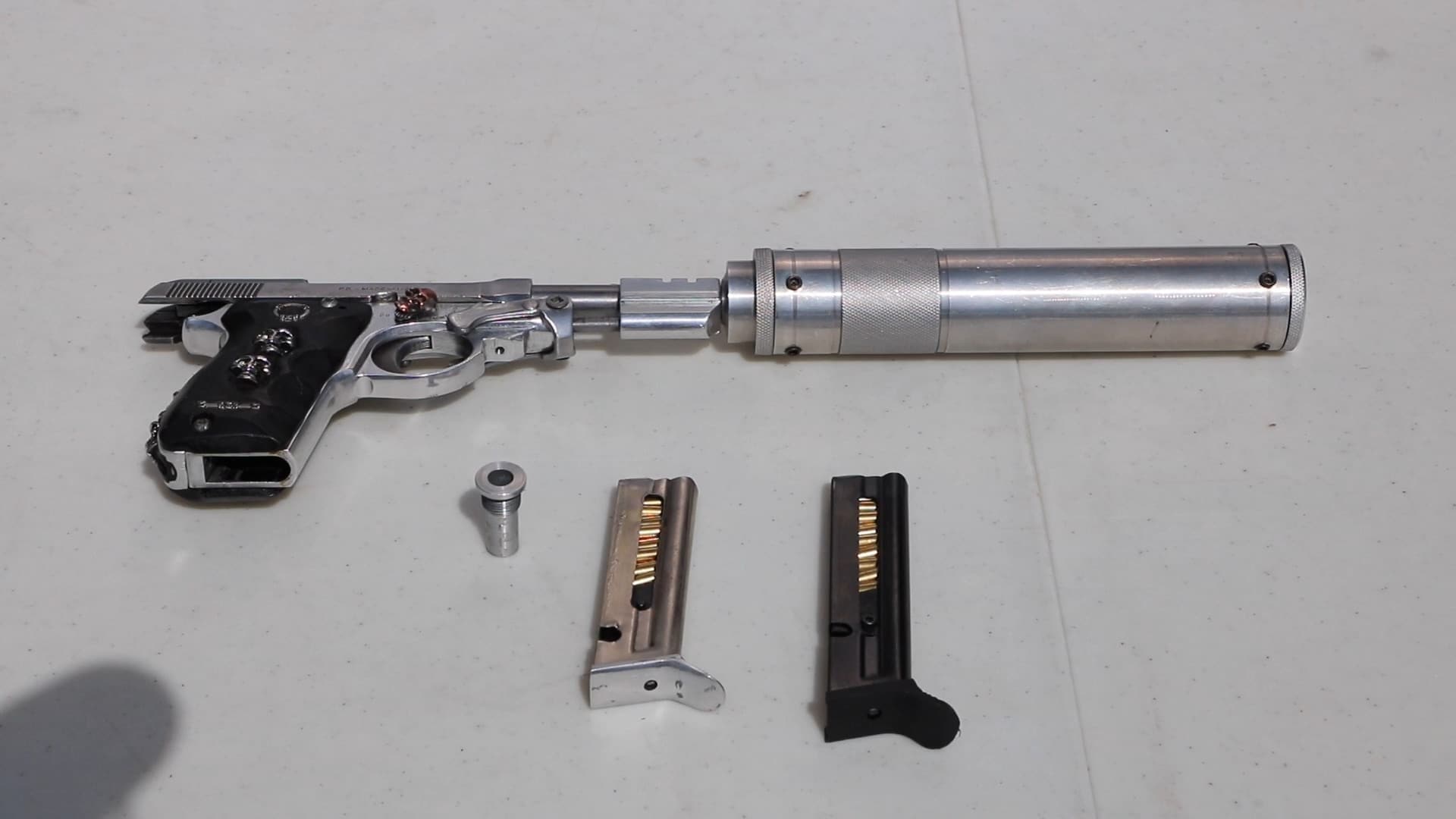 The Beretta .22LR with a seriously over-engineered suppressor. The skull grips and take down pin head are a nice touch.

Arrested were Jacob Balan, 37, and Amy Brogden, 29, charged with 62 criminal offenses, primarily weapons violations. Authorities were tipped off to the couple as part of an eight-month investigation into weapons trafficking and it is believed that as many as six of the MAC-11s may have been made with the others unaccounted for.

Acting Insp. Pierre Blais called the prospect of the guns in the hands of criminals a “significant public safety concern.”