The hidden cost of the ‘less lethal’ law enforcement tool 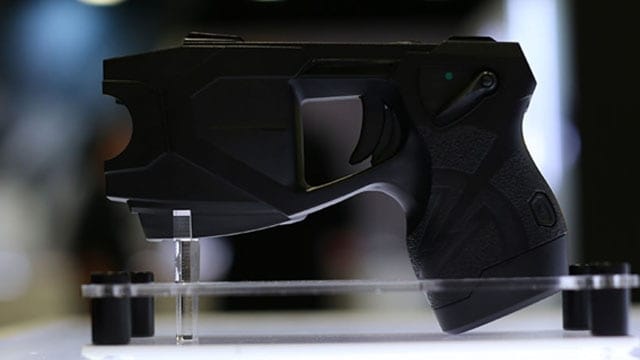 More than 1,000 people have died following incidents where police stunned them with Tasers nationwide since the early 2000s.

The findings come from a thorough report compiled by Reuters, in which reporters pored over court documents, police reports, public records, news stories and interviews.

Of the 1,005 documented deaths following police Taser use, at least 153 saw coroners or medical examiners citing the Taser as the cause, or as a contributing factor in the death. Wrongful death lawsuits were filed in more than 440 of the incidents. Compare those numbers to Taser’s official count: just 24 cases in which a person died as a result of secondary injuries, such as a fall or a fire.

Tasers fire two darts connected to the ‘stun gun’ by thin wires. When the darts make contact with a subject, a current of electricity briefly paralyzes the subject, allowing law enforcement to restrain them. When used properly, the weapons lower the rate of injury for both police and residents, according to a 2011 study from the Department of Justice. Axon estimates the devices have been deployed more than 3 million times in the field.

Of the incidents compiled by Reuters, nine out of 10 of those killed following police Taser use were unarmed. A sort of pattern has developed: a Taser is deployed, a person dies, a damage claim is filed. And many of those who end up dying are vulnerable members of society, often suffering from a mental health breakdown or a neurological disorder, according to Reuters’ findings. More than 100 of the deaths came after a 911 call was made in the midst of a medical emergency.

Taser International changed its name to Axon earlier this year. An estimated 90 percent of the nearly 18,000 police agencies in America issue Tasers to law enforcement professionals. Initially dubbed ’non-lethal,’ the company started referring to the device as ‘less lethal’ in the mid 2000s.

Steve Tuttle, Axon’s vice president for communications says all weapons carry risks, and says Tasers are “the safest force option available to law enforcement.” The company says the weapons have saved tens of thousands of lives.

Ultimately, it’s up to police departments to develop guidelines for the use of the weapons. In the early 2000s, Taser touted the weapon as an effective way to control people who are in the midst of a mental health episode, or who are intoxicated. But in 2013, they advised police to avoid using the Taser on someone “who is actually or perceived to be mentally ill.”

In the second part of the series, Reuters examines how the public is most often on the hook for the legal battles that result from Taser-related deaths. At least $172 million in tax dollars have been paid out to resolve Taser death related litigation, according to the report. Meantime, wrongful death lawsuits filed against the company have slowed in recent years, especially as it issues more and more warnings about how the weapon should be used.

“Taser training and product safety warnings are strong and unambiguous,” said Tuttle, adding that no officer certified to use the weapon “can legitimately claim a lack of awareness or knowledge of risks.”

“We do everything we can to ensure that our customers know how to safely operate our products,” he said. “One purpose of our training and our warnings is to provide agencies with information and smart use guidelines to help them avoid excessive-use-of-force claims.”