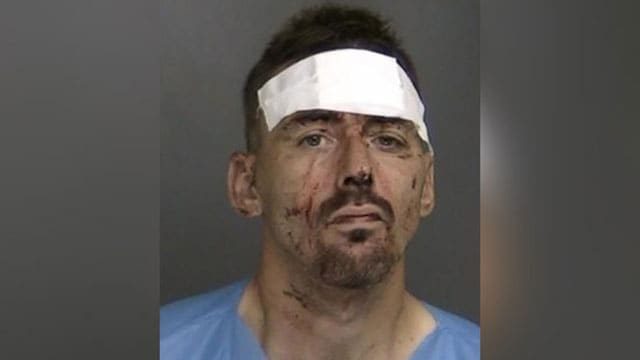 Ronald Kelly was probably rethinking his decision to rob a thrift store as he was being hit in the face with the butt of his own shotgun. (Photo: New York Post)

An attempted robbery at a Long Island thrift store over the weekend left the would-be robber battered and bruised after a group of employees ganged up on him.

Ronald Kelly, 45, walked into Island Thrift around 8:25 p.m. Saturday with a shotgun and demanded cash from the store manager. But one female employee wasn’t going to stand by idly.

After adding some color to Kelly’s face, the employees pinned him to the ground and kept him there until police arrived.

Kelly was taken to a local hospital for medical treatment, then promptly taken to jail, where he modeled for a rather embarrassing mugshot. He was charged with first-degree robbery and criminal possession of a controlled substance.

None of the thrift store employees were harmed and Rodriguez called the female employee, who did not want to be identified, “very brave.”