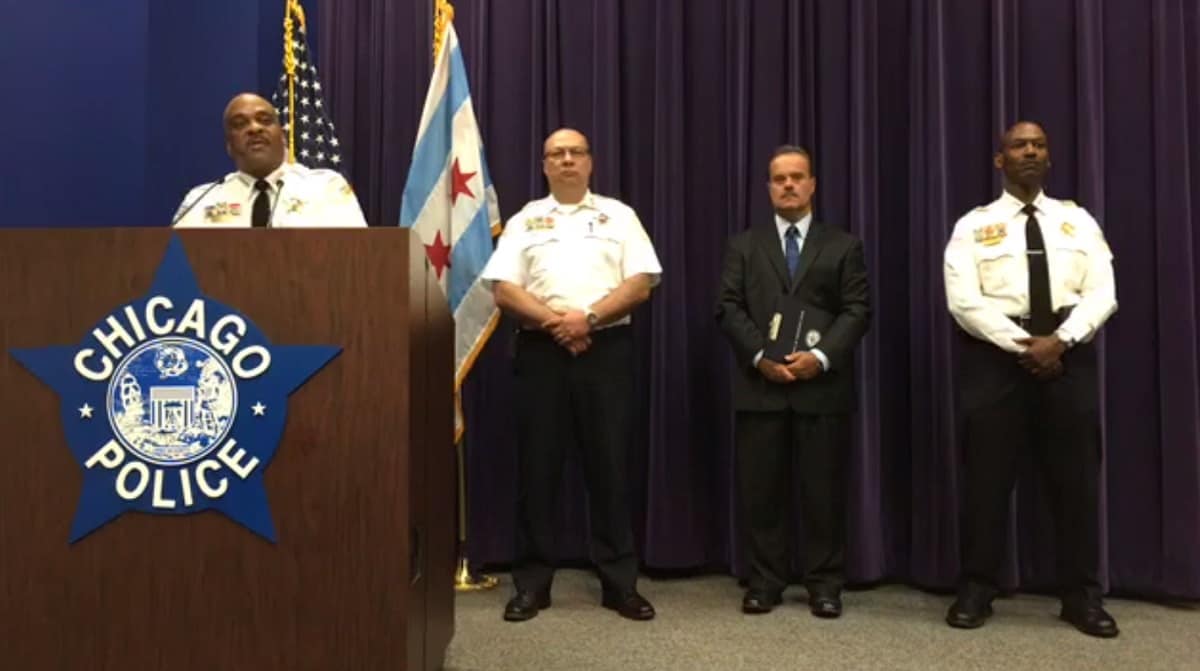 Chicago Police have seized nearly 6,000 illegally possessed guns so far in 2017, up by 250 from this time last year.

Police Superintendent Eddie Johnson announced the numbers at a Wednesday press conference, in which he explained that overall arrests were down by design, with officers focusing on violent offenders and seizing illegal guns.

“We focus on the individuals that are actually contributing to the violence and seeking to get those guilty of non-violent offenses on the right track and back to being productive members of society,” Johnson said.

Johnson went on to say they officers have made 34 percent more arrests related to illegal gun possession and five percent more murder arrests this year compared to 2016. He also noted police are arresting non-violent drug offenders at a lower rate to expand their diversion program and said the department is working on its responses to individuals with mental health issues, trying to get them treatment instead of jail time.

Chicago police also stated the number of homicides had dropped by 2 percent this year compared to the same time in 2016, a year that saw more homicides (762) than any other year in the last two decades. Overall shooting incidents are also down by 15 percent.