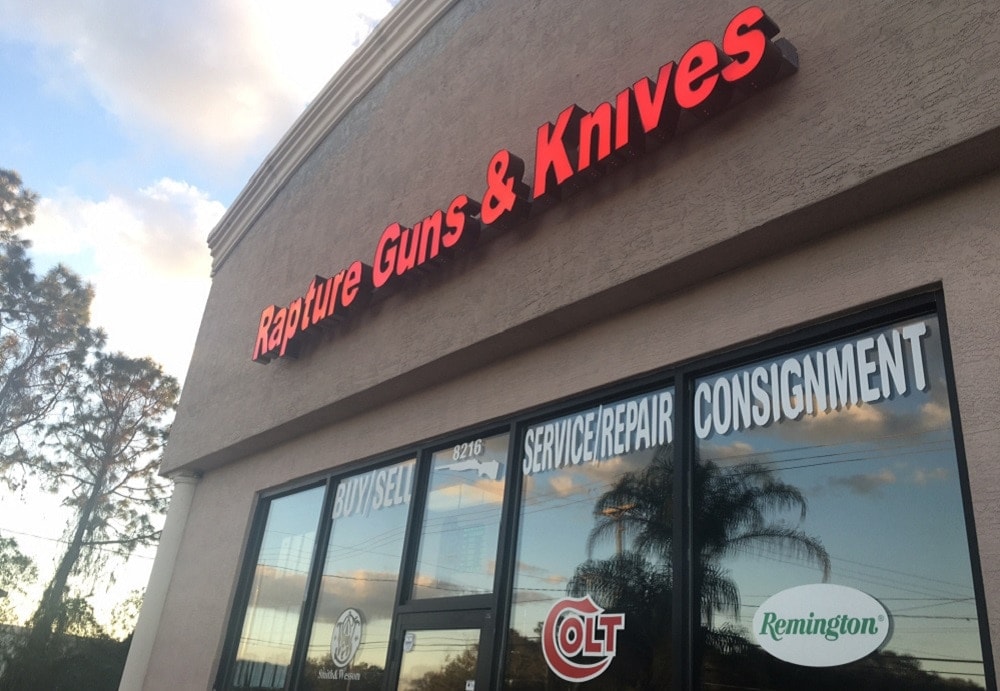 A Tampa Bay man was sentenced to 30 months in prison Tuesday for stealing over 100 firearms from local gun stores.

The Justice Department said 33-year-old Oscar Garcia and his co-defendant, Jerry Nelson Reyes Torres, broke into Rapture Guns and Knives in Lakeland on Jan. 9 and stole 58 guns from a display case. The pair then broke into another Lakeland gun shop, Guns Galore, on Jan. 29 and stole 46 firearms.

During both burglaries, the men dismantled the front door locks, broke into display cases, loaded the guns into duffel bags, and then fled away from the scene in their vehicle. The burglaries infuriated Polk County Sheriff Grady Judd, who said the gun stores had an obligation to do more to protect against possible break-ins.

In February 2017, Garcia and another man were arrested for smoking marijuana in a vehicle outside the residence of Garcia and Torres. The other individual confessed to police that Garcia had given him two guns to hold. During a search of the individual’s home, police found they were two of the firearms stolen from Rapture Guns and Knives.

A warrant was issued in March for the arrest of Jerry Nelson Reyes Torres, who has been charged with stealing firearms from a federal firearm licensee and possessing a firearm as a convicted felon, but the man is currently at large.

The Bureau of Alcohol, Tobacco, Firearms and Explosives and the Polk County Sheriff’s Office investigated the case.