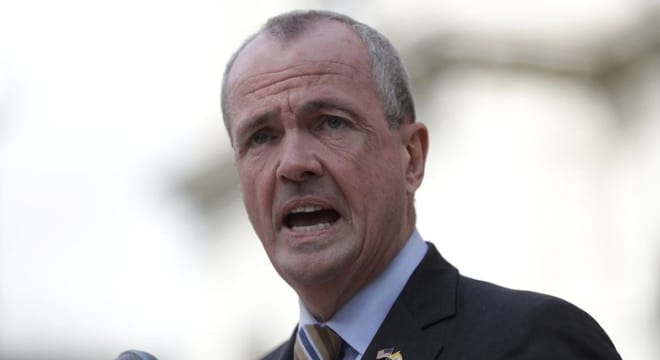 National gun control advocates are going to bat for Phil Murphy, who wants to replace Gov. Chris Christie and get “tough on gun violence.”

“New Jersey’s next governor will have an important role in combatting gun violence and advancing solutions to make communities safer and we believe Phil is best qualified to take on that important challenge,” said Kelly. “Phil Murphy understands the importance of protecting the rights of law-abiding gun owners and keeping guns out of the hands of violent felons, domestic abusers, and other dangerous people.”

Murphy, who retired from a 23-year career at Goldman Sachs before moving on to high-ranking positions in the Democrat party and a stint as President Barack Obama’s ambassador to Germany, won the Democratic primary in June and has chipped in over $15 million to help fund his campaign.

One of the bedrock issues on Murphy’s platform is to expand New Jersey’s already strict gun laws. In a position labeled “Getting Tough on Gun Violence,” the candidate has gone on record as ready to sign every piece of gun control legislation that Christie has vetoed in the past eight years.

Moving past being Christie’s opposite on gun legislation, Murphy wants to impose a special tax on gun sales to “fund law enforcement, drug treatment centers, and mental health services,” direct the state attorney general to step up enforcement of the state’s gun laws and require gun registration linked to expanded background checks.