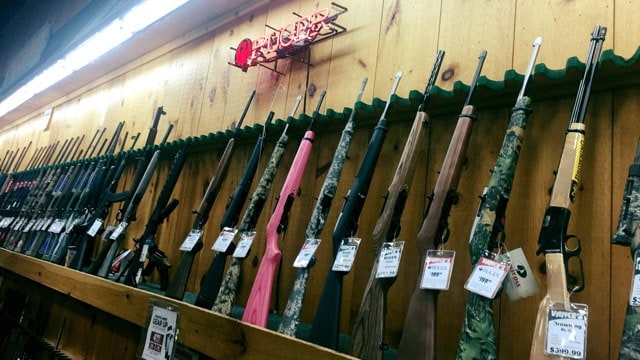 Sturm, Ruger and Company manufactured more firearms in 2015 than any other high-profile gun maker, thanks in large part to its focus on long guns.

Federal data shows the gun maker produced 1.6 million firearms that year, including 662,444 rifles and and 827 shotguns, to be exact. The figures triple and quadruple competitor Smith & Wesson’s output in the same categories, respectively.

Financial writer and stock analyst Rich Duprey said while Smith & Wesson holds onto its title as top handgun manufacturer in the world, the company trails Ruger’s total output by more than 200,000. And while Remington Arms produces long guns almost exclusively, its total annual output falls more than 500,000 short of Ruger, too.

Gun makers and retailers forecasted a different sales environment before the 2016 election — producing and stocking firearms and ammunition in preparation for a Hillary Clinton presidency and four more years of impending gun regulations looming over the industry. Last year, the company raked in just under $265 million in long gun sales alone, it’s largest category by more than $15 million.

When Republicans secured Congress and the White House in November, however, top executives across the gun industry fired off warning shots about weak-by-comparison sales come 2017.

Ruger hasn’t been immune to the post-election slump. Second quarter net sales dropped 22 percent over last year as CEO Chris Killoy blamed left-over inventory for feeding a “promotionally-charged” retail environment. The rock bottom prices ate into Ruger’s bottom line, producing a net profit of $25 million between April 1 and July 1 — a 44 percent decline over 2016, the biggest on record for gun sales.

The dismal results come after a strong first quarter for the company, which reported $167.4 million in sales — a 3 percent decline over first quarter 2016, when consumer fears of impending gun control still stoked demand.

“Our strategy is, I think you know, anticipate this type of downturn in the market and it’s a volatile inventory,” Killoy told investors earlier this month. “It’s not all gloom and doom. To their credit, retailers are healthier than they were a few months ago. Many had increased inventories in anticipation of a surge in demand following the elections last November. When that surge didn’t materialize, it’s understandable they took a deep breath and let their inventories decrease.”

Duprey remains optimistic about Ruger’s future, too, despite the sales lull currently gripping the industry.

“Sturm, Ruger remains a financially strong company with no long-term debt, but because of the slowdown underway, its stock is deeply discounted, trading at just 12 times forward earnings,” he said Sunday. “There’s no denying the upward trajectory of firearms demand and sales. It should be just a matter of time before this industry leader returns to growth.”