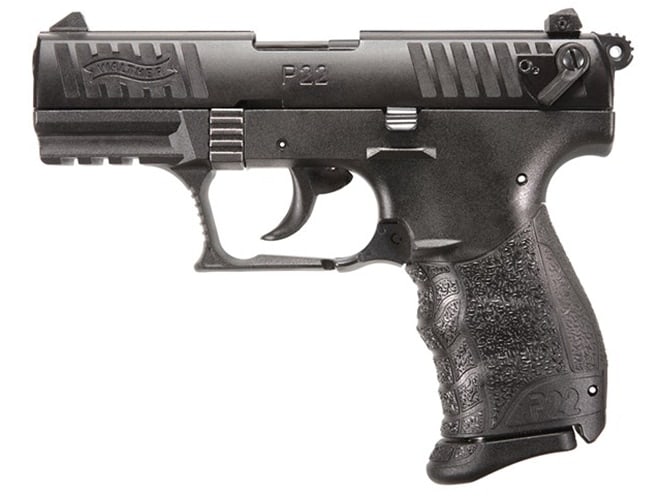 The P22QD adheres to the P22 series’ ergonomics, but adds a de-cocking safety, updated safety markings and a fully captured recoil spring.

Under the new safety system, the Walther cannot be cocked with the safety on. If the gun is cocked and the safety lever is moved to the safe position, the hammer will let down, de-cocking the pistol. When the time comes to shoot, the safety lever can be moved into the fire position and the single action/double action trigger can be pulled to pop off a round. Additionally, Walther ditched the ’S’ and ‘F’ safety markings, instead equipping the new P22 pistol with a traditional red dot.

The gun features a 6.26-inch overall length with a 19.6-ounce weight and 10+1 magazine capacity. The 3.42-inch threaded barrel allows the gun to pair with a suppressor for shooters who want a little NFA action alongside their Walther.

The polymer framed, matte black ships with two magazines and is priced at $319.