Bowe Bergdahl will face judge, not jury in desertion case 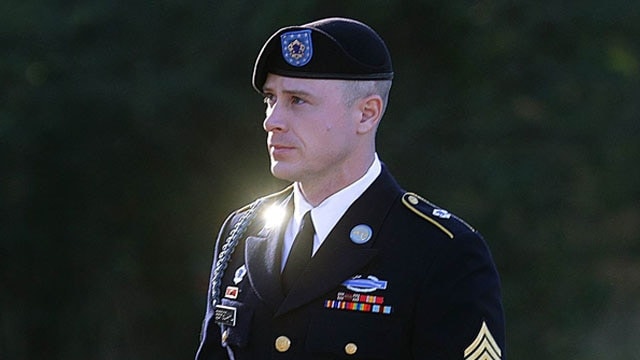 Army Sgt. Bowe Bergdahl, who faces charges of desertion and misbehavior before the enemy, will be tried by a judge instead of a military jury.

Bergdahl, who was captured by the Taliban in 2009 after he left his post, faces life in prison if convicted. His trial will be held at Fort Bragg in late October, according to the Associated Press.

Defense attorneys have questioned whether Bergdahl could get a fair jury trial after critical comments made by President Trump on the campaign trail. At a town hall in New Hampshire in August 2015, Trump called Bergdahl a “dirty rotten traitor.”

“Ya know, in the old days, bing, bong,” he said, pantomiming pulling the trigger on a rifle as if a member of a firing squad. Trump was criticizing a deal approved by President Obama, in which Bergdahl was swapped for five Guantanamo Bay prisoners. Bergdahl’s attorneys cited more than 40 instances in which Trump criticized their client in public appearances.

In February, a judge called the comments “disturbing and disappointing,” saying they carried a “problematic potential” for Bergdahl’s case. Still, the judge ruled the comments hadn’t prejudiced the Army’s case against him.

“No reasonable member of the public, apprised of all the facts and circumstances and seeing campaign rhetoric for what it is, would believe that because candidate Trump said those troubling things and is now President Trump, the accused has been or will be denied a fair trial,” said Col. Jeffery R. Nance, a military judge.

Nance rejected a request to dismiss the case against Bergdahl. As potential jurors were questioned, defense attorneys were barred from asking them whether they voted for Trump. Experts say that likely made attorneys feel limited in their ability to gauge the president’s impact on potential jurors.

Bergdahl, an Idaho native, has said he left his post in 2009 to draw attention to problems he saw with his unit. He was held as a prisoner by the Taliban for five years before returning to America as part of the controversial deal brokered by the Obama administration.